Can you believe it’s February already?! Seriously, where does the time go? Wasn’t it just Thanksgiving?? The first of February in Wisconsin usually means freezing cold, tons of snow, and me hating the weather. This year though, we are having quite the unusual winter. It’s been really mild and very lacking in the snow department which means I’ve been pretty content with the weather. This week we’re experiencing sunny skies, mild temps, and melting snow. I love to see the snow go but I hate the mess it makes. Obviously I’ve lived in Wisconsin long enough (okay, my entire life) to know that winter could still bear it’s extremely ugly head and that we are a long way from spring but I’ll take this spring-like weather without complaint.

I woke up earylish today (8:30 but keep in mind that I’ll be going to work when much of the world is just about done for the day) with the best of intentions to be super productive.

I started my day with a yummy, simple breakfast: 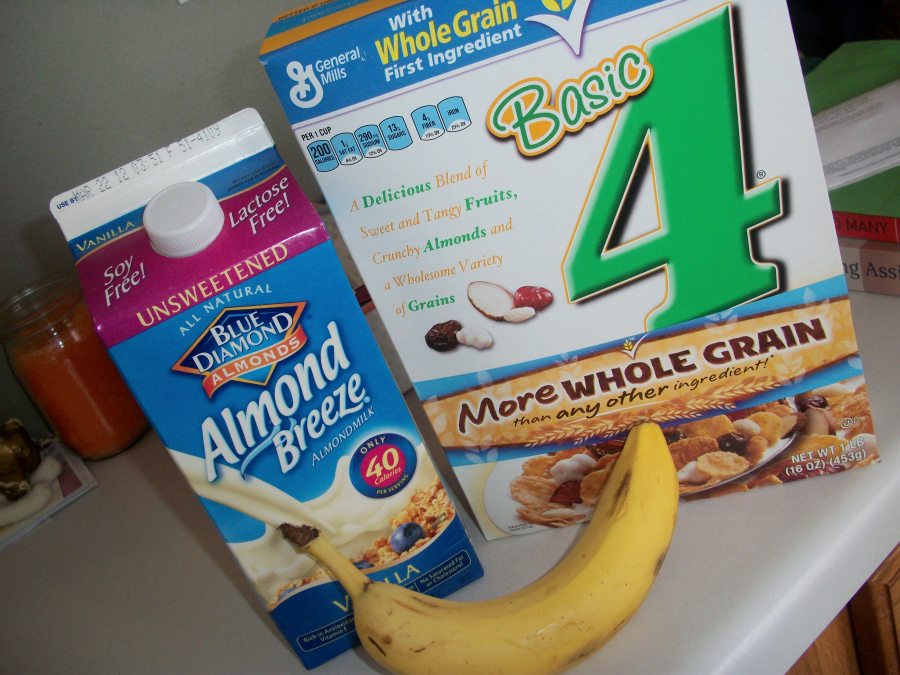 And then I was totally distracted by this guy:

He was practically begging me to join him on the couch. So of course I did. We had a major cuddle session, watched some tv, and got a little sucked into Pinterest, per usual. three hours later I realized that any possibility of being productive was right out the window. I promptly laced up my walking shoes and took a nice, long walk with Fielder in the beautiful weather. Though a few degrees cooler than yesterday (we reached 52 yesterday!), it was less windy so it felt a lot warmer. We experienced lots of puddles and bunches of other people out walking or running, which made it feel even MORE like spring.

We returned home pink-cheeked (well, you can’t see Fielder’s cheeks but I’ll bet they were pink too) and energized. Why hadn’t we gone on this walk hours earlier?!

I did some laundry, some dishes (I can’t wait until we get a new kitchen!) and ate some lunch. Low on groceries and not wanting to spend money, I did something really bad. I ate this:

The ingredient list on this badboy Instant Lunch is a mile long and contains more sodium than one needs in an entire week. Horrible. But I love them. They spoke to me in a weak moment at the store a few weeks ago. I lived on these things when I was a kid/picky eater. Gross. At least I know I won’t want them for a good 6 months or so again.

I also found this in the freezer:

I’d never had this particular mix before but the flavor reminded me of a “Catch of the Day” salad I once had. Mixed greens, veggies, herb roasted baby reds and fresh grilled fish. I didn’t have any fish, but I did have some mixed greens so I throw some of my Steamer veggies in a bowl with the greens.

I like to think this balanced out my awful Instant Lunch decision. I know it didn’t. Alas, tomorrow is a new day.
Happy February everyone! Hope you started your day with a little Rabbit, Rabbit,!

Do you say Rabbit, Rabbit on the first of each month? Apparently it’s a British thing but I learned about it in a Baby-Sitters Club book, heck yeah!

One thought on “Happy February!”