I’m loving Friday mornings lately. Hubby has the day off. I generally don’t have to work until late afternoon/early evening. My friend Melissa stays over on Thursday nights for an easier commute, which means I get up early & get started on my day. The best part of all of this, you ask? I don’t plan anything for Fridays because, well, it’s Friday so “getting started on my day” means I get to laze around in my PJs!!

My recent Friday mornings go a little like this:
7am– wakeup & chat with Melissa while she gets ready for work.
8am– lay on the couch & get caught up on my Google Reader subscriptions.
9am– make breakfast for the hubby & I.
10am– more couch time
11am-work time– whatever the day brings!!

On the breakfast menu today we had egg mess, waffles & iced coffee. P.S. I swear I spell omelets different every time. I did a little research & found that both omelet & omelette are correct. As I’ve mentioned before, we aren’t really capable of actual omelets in this house so we just make egg messes & they taste just as great.

My omelet today was basically a repeat of dinner last night but I swapped lettuce for eggs. 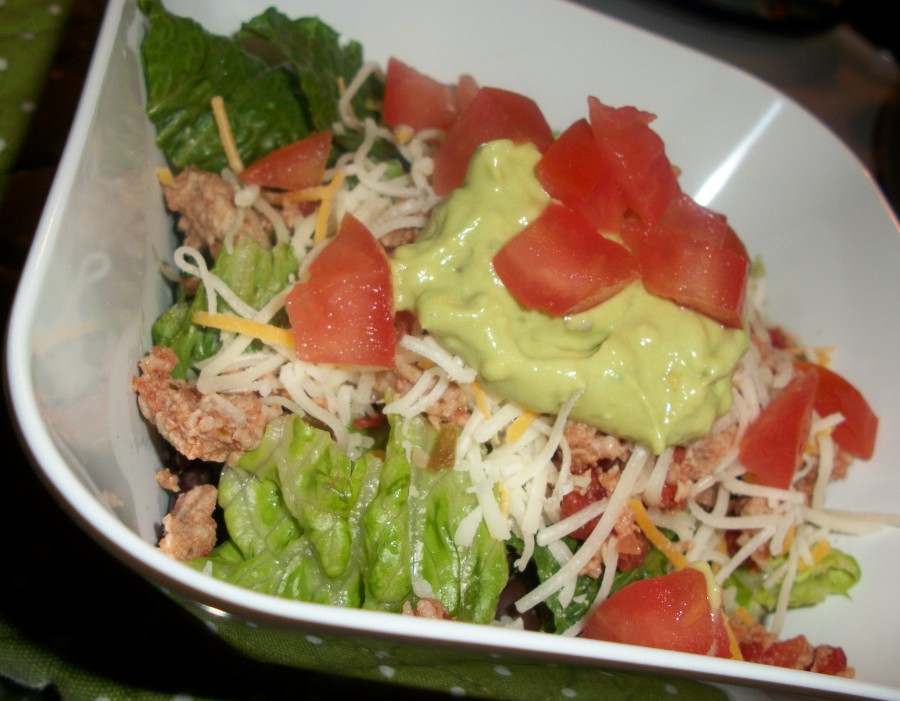 Ground turkey with diced tomatoes, black beans, & cheese. I topped it off with a dollop of avocado cream (an avocado mashed & mixed with light sour cream) & some more diced tomatoes. Then for breakfast I mixed up some homemade healthier for you waffle mix too! I used flax instead of all flour, applesauce instead of oil, etc. I’ll share the deets below. 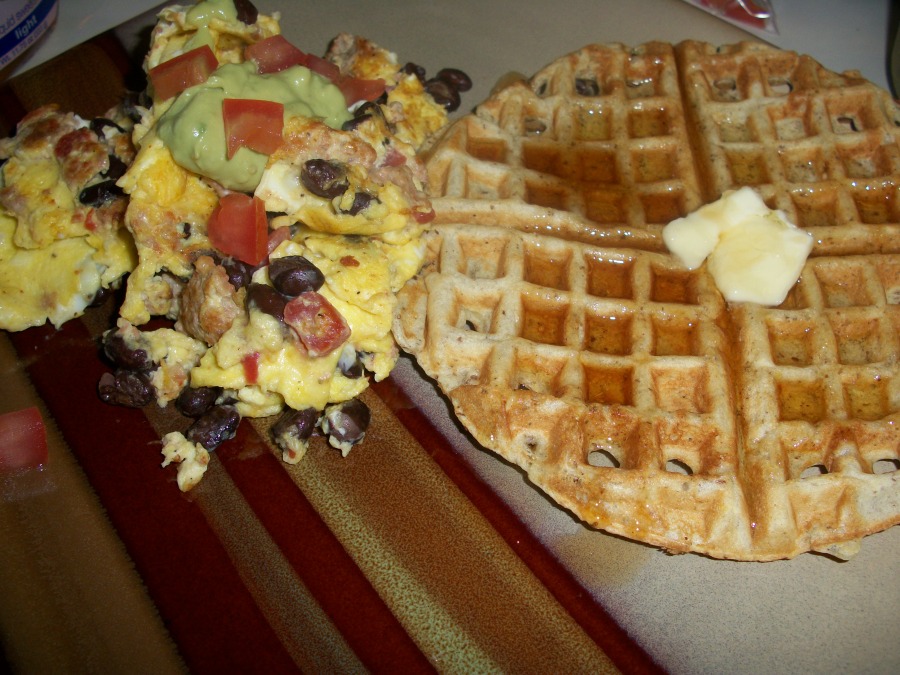 Plus iced coffee that somehow didn’t make it into the pic above: 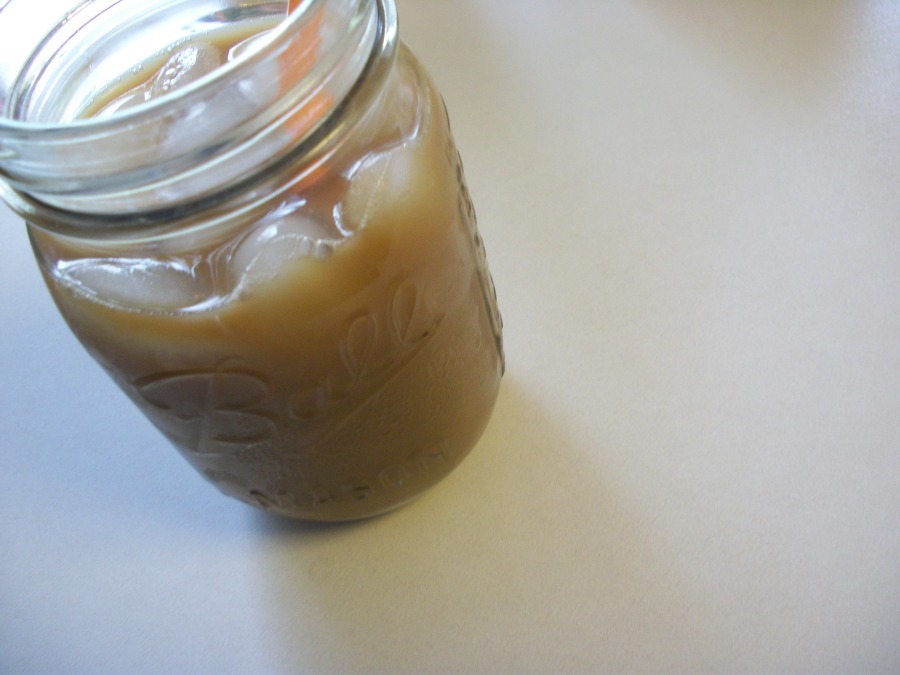 Better for You Waffles
Makes 6 waffles.

I topped my waffle with a pad of butter & a few drizzles of agave nectar & maple syrup. To be honest, I probably could’ve skipped the syrup all together & it would have been just as tasty! We’ve got leftover mix so I think I know what we’ll be having for breakfast tomorrow. 🙂 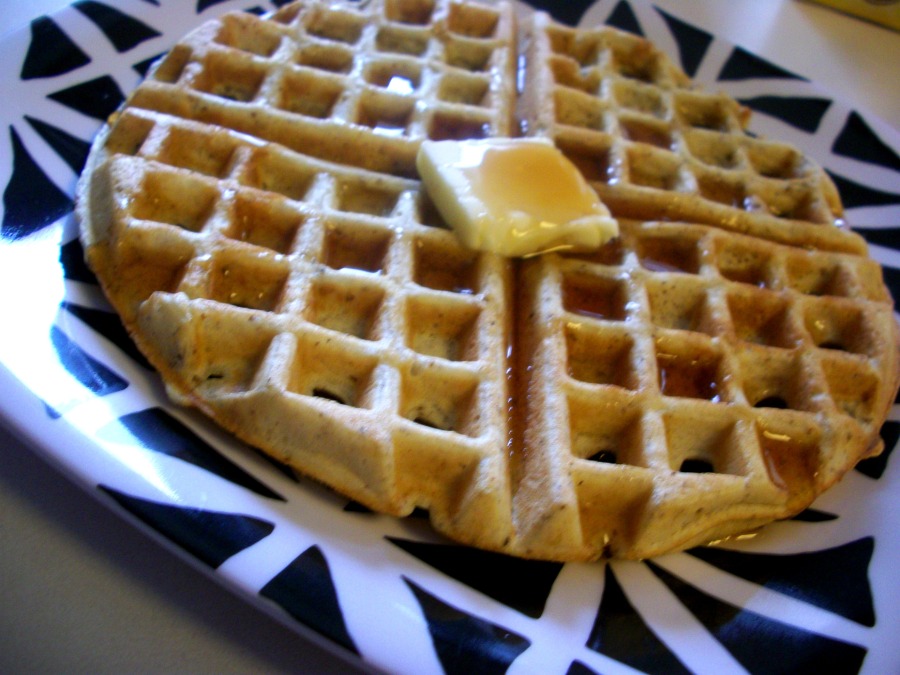 What are your weekend plans?
I have to work tonight & tomorrow morning but neither are long or extremely late shifts so I should be officially done with work for the weekend by 2pm tomorrow. Tomorrow night some girlfriends & I are going out for margaritas followed by a viewing of Zac Efron’s latest movie. I’m pretty sure it’s called The Lucky One but I can’t be bothered by the details of anything that involves a scantily clad Zac. He is over the age of 18, right??

I’m off work again on Sunday so I was hoping for another Sunday Funday with my hubby but we just got word that his 95 year old grandmother passed away & the funeral will likely be Sunday. 😦 Sad times but she was a picture of health up until her last day, living on her own with very little assistance. If you’re gonna live until 95, that’s the way to live!