I kinda feel like I’ve been living under a rock lately. My DVR is loaded up with shows that I’ve been recording but haven’t had a moment to watch. I have a stack of magazines that come in the mail each month but haven’t been touched. Until yesterday, I hadn’t even been tempted to grab an US Weekly while in the checkout line at the grocery store. I felt too far behind on celeb gossip to even bother trying to catch up. I can’t tell you the last time I watched the local news. In fact, I DVR’d a segment a couple of weeks ago but still haven’t watched it.

This is not a complaint. I’ve been busy. I like busy. In fact, I think I’m better off busy. When I have too much spare time, I get lazy and overindulge in lounging on the couch.

Today, I saw an opening. A clear few hours with nothing to do. I could have done some laundry. I could have cleaned. I could have painted my nails. I could have taken a much needed nap. Instead, I decided to sit. Simply sit on the couch & watch some of the crap on my DVR, while flipping through an US Weekly.

Scratch that, I didn’t even get to the US Weekly yet. I was too busy catching up with blogs & the Real Housewives of Orange County. Those fake bitches are my favorite.

I was up until 4 this morning baking cupcakes for a 1st birthday party. When I was contacted to do cucpakes for the campfire themed party & given complete freedom to do whatever I wanted, I knew s’mores cupcakes were the perfect fit.

Remember when I agreed to make chocolate covered strawberries for a rehearsal dinner even though I’d never made them before? Well, this situation was similar. Sure I’ve seen 4971 recipes for s’mores cupcakes with toasted marshmallow frosting, but have I ever made them? Nope. Not until last night. 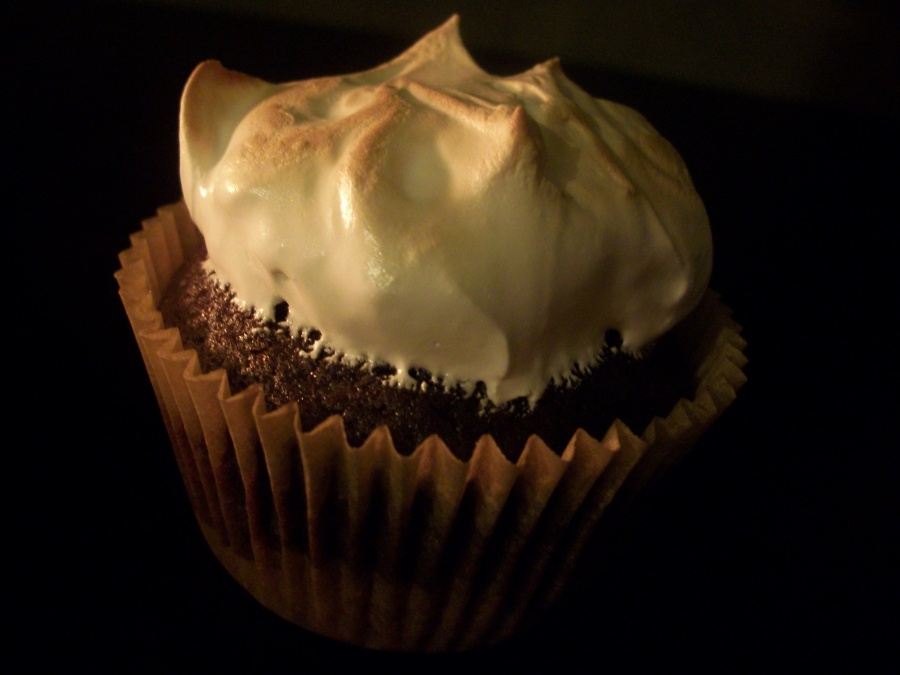 I turned to the Cupcake Goddess, Annie. I knew she would help me. I used her super awesome s’mores cupcake recipe for the most part, though I messed up the frosting & had to improvise since I only had 2 eggs left. 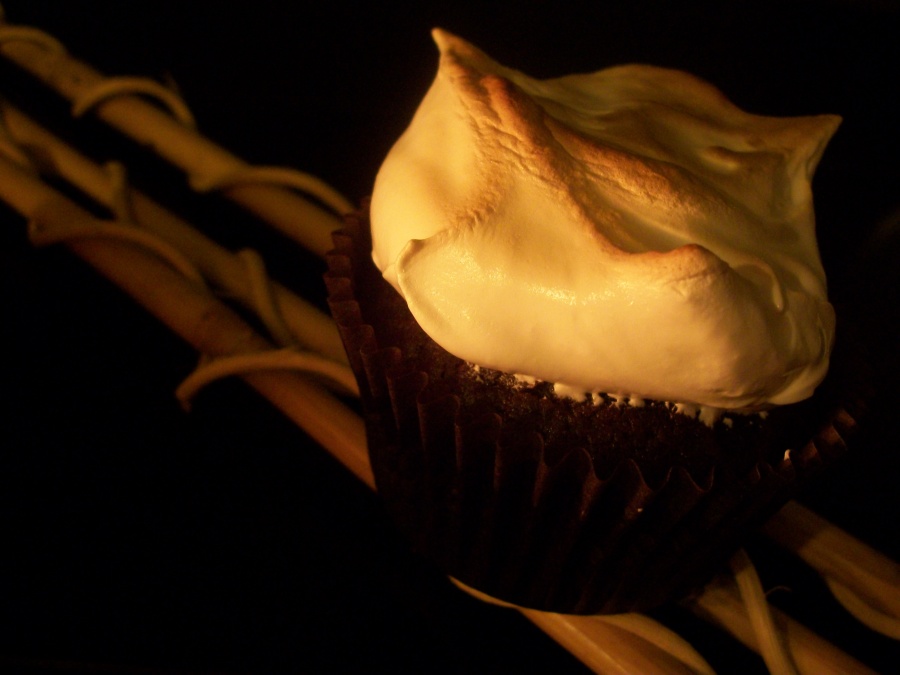 The toasted marshmallow frosting was a must for me. I planned to borrow a kitchen torch from work. Turns out it burned it’s last flame right around the same time we took crème brûlée off of our dessert menu. I stopped at Target on my way home from work, thinking I could just buy one there. They didn’t have any. I didn’t have time to drive over to Bed Bath & Beyond before they closed. So I came home, started baking at 9:30pm, with no plan for toasting the frosting. 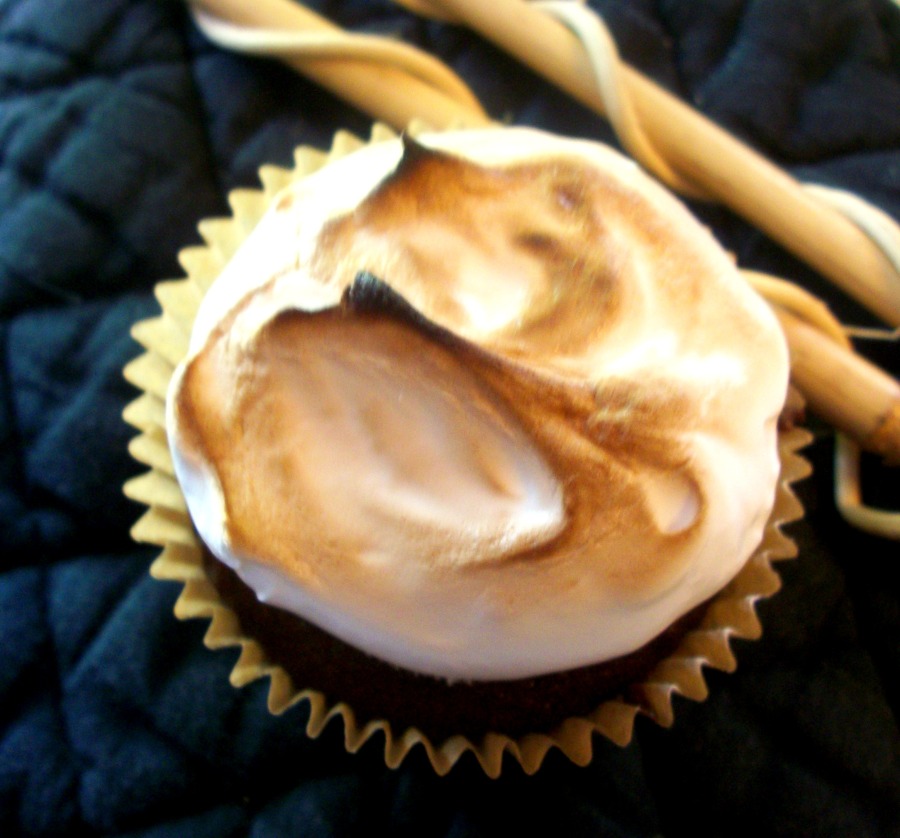 While my cakes were in the oven, I spotted my leftover margherita pizza in the fridge. I wanted reheat it to be nice & crispy & melty rather than soggy from the microwave. I pulled out our trusty old Presto Pizzazz Pizza Oven. I reheated the pizza. It was crispy & deliciously melty. And then I had an idea. Of COURSE this would work for toasting the frosting!!! It was too late to bother with pictures, but trust me, it happened. And it worked.

I’m getting really good at improvising. 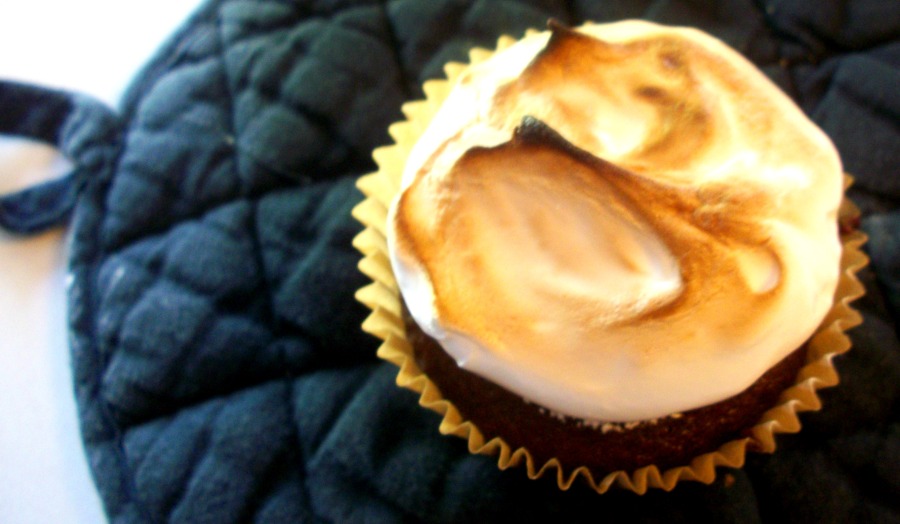 I had enough batter to make another pan of cupcakes but opted to make a little cake for a girl at work, who is celebrating her 21st birthday tomorrow. Purple edible glitter is pretty much the bee’s knees.

I suppose it’s time to get up & get something done. I’ve enjoyed this couch time. I look forward to more of it soon. P.S. Between baking last night & my little couch session today, I cleared 6 episodes of Awkward, 5 episodes of RHOC, & I’m officially caught up on SYTYCD.
Here’s my recap:
1. How did I not realize that Jenna’s mom is totally Nikki DeLoach from The Mickey Mouse Club before last night?
2. Briana is pregnant?!
3. I love SYTYCD.

Hope your weekend is off to a great start!!