I’m kind of angry with myself. Normally I don’t go all ga-ga for fall until mid-late October when I finally get out of my major-bummer-summer-is-over funk. But this year, I’m all about fall for some crazy reason. I’ve been making pumpkin everything as of late. So far I’ve managed to hold out on a Pumpkin Spice Latte from Starbys. I did, however, make my own pumpkin creamer. It’s not that great, not worth sharing.

This sangria though, is toooootally worth sharing. 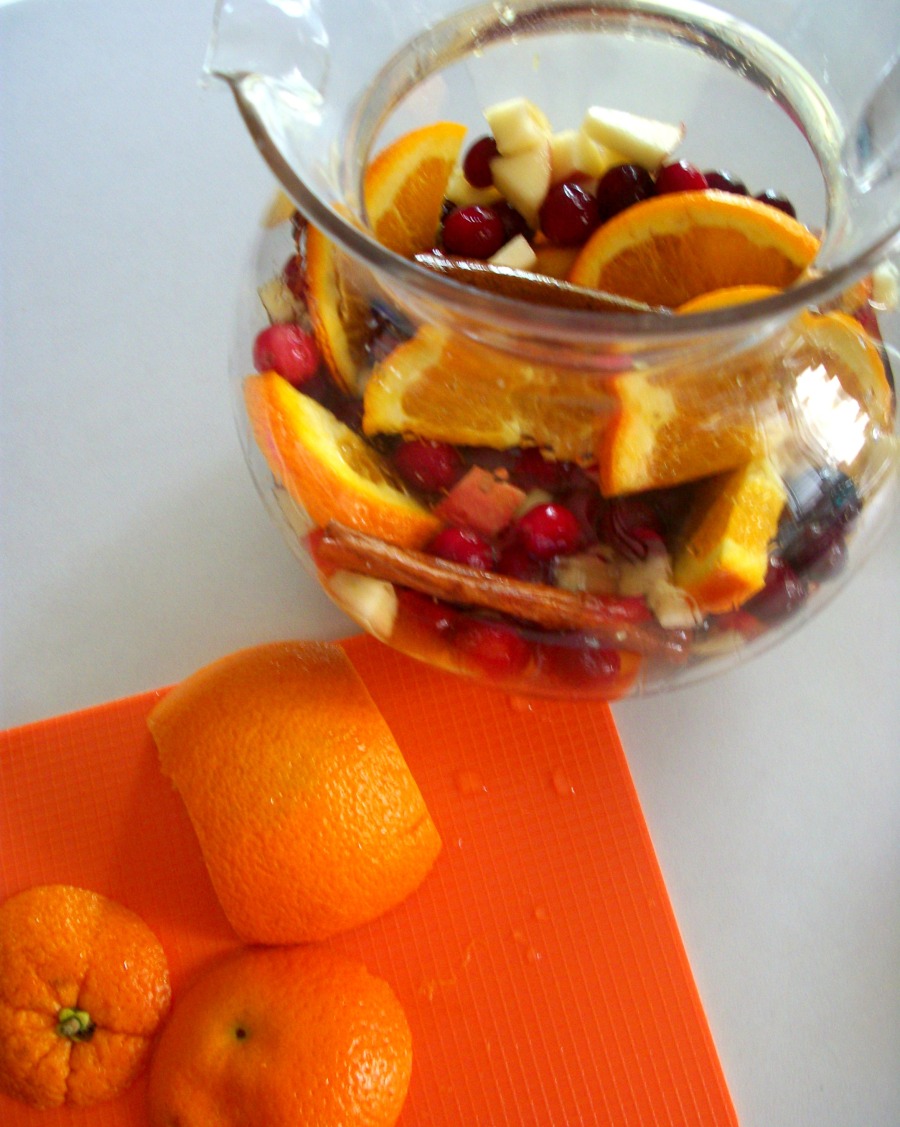 All things that an autumn sangria should be. Sure, I think of drinking sangria on the beach or on a sunny patio, but why can’t fall have sangria too?

Does it feel/look/smell like fall where you live? Temperatures have been up & down here over the last week or two, but it’s suuuuper chilly in the mornings and gets snuggle cold at night too. Hubby says we can’t turn on the furnace until November but I’ve definitely been tempted. The leaves are turning. Today was downright blustery. It was 47 degrees when I left home this morning. Later, it was 70 degrees. And still blustery, with a summer-like lightning storm. Weather is so confused. Especially Wisconsin weather.

“We just pull the ABC blanket up to our chins, and that’s how ya snuggle!” If you know anyone in need of snuggle lessons, just give this guy a call. 💕
Snow fun! ❄️
When I ask them to sit still for a nice picture... #thatsachickentender
Is there a special name for the birthday when your age finally catches up with your weight? 😉 This 12 pound fluff ball is 12 years old today! He only has 4 teeth in his mouth and wears diapers for a leaky bladder but he’s just a young pup at heart. #FURstchild