You know what? We don’t even have a pumpkin on our doorstep. But that didn’t stop the cute little trick-or-treaters from visiting our house. Even if our house didn’t scream Halloween on the outside, there is plenty of candy inside! I always buy too much candy. Accidentally on purpose, of course.

Not only was today Halloween, it was also my day off. I had class this morning & followed it up with voting early. (I have to work all day on Election Day & don’t want to miss my chance in case I don’t make it to the polls in time!) Conveniently, there is a small Farmer’s Market right outside of the city building where Madison residents vote early. I snatched a bag of Stella’s Hot & Spicy Cheese Bread & took a few photos of the other autumnal market sights. -My phone is being ridiculous & not letting me upload or email them to myself right now.-

Post-civic duty & Farmer’s Market, I headed to Target where I was pulled in every direction by various holiday items. Christmas stockings, scary Halloween decorations, plump turkey Thanksgiving towels. You name it, Target has it right now. I stuck with the edible side of the holidays (duh) & went with a few seasonal items.

Two of which are on their way out & therefore, on sale.

And one that I absolutely could not stop thinking about no matter how many times I walked past it saying “I don’t need you. I don’t need you.”
But mint & chocolate always wins. ALWAYS. And then Nestle had to go & make this DARK chocolate with mint. I love Nestle.

I did some cleaning around the house, headed to a meeting at work & then came home to make dinner. Inspired by both the leftover chicken in the fridge & the soup du jour at work yesterday, I whippped up a super easy Southwest Chicken Chowder (recipe tomorrow). 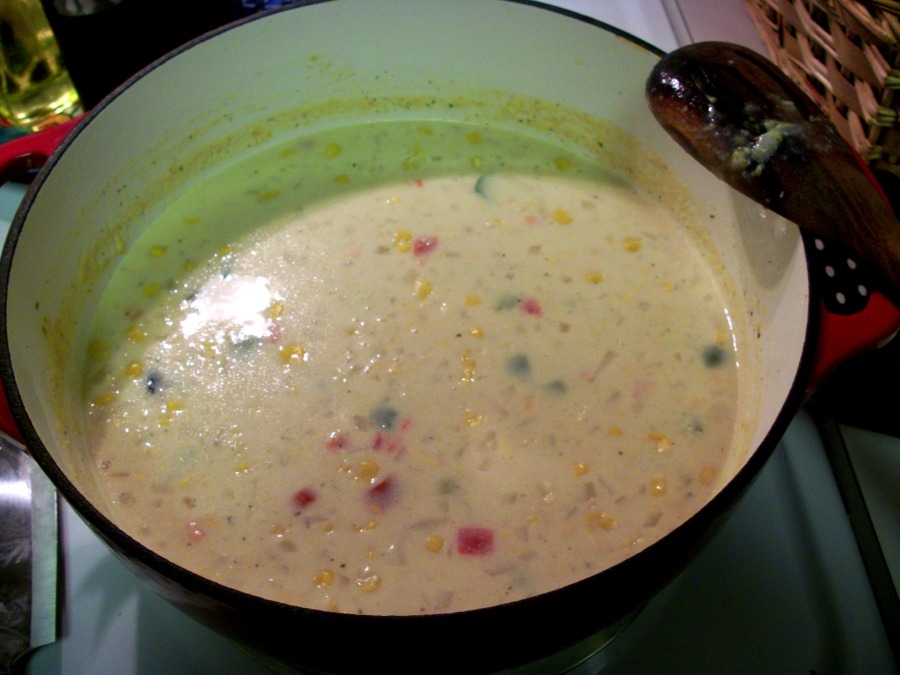 One of my all-time favorite movies is The Lost Boys.

I’m pretty sure my mom forced me to both watch it & listen to the soundtrack repeatedly as a kid, which I’m not sure was the greatest idea given my age & the content of the movie but whatever, it made me a fan. I. LOVE. THIS. MOVIE.

Oooh, look at this fun little video I found. It features my favorite song from the soundtrack & gives you a good feel for just how badass this movie is. Screw the Cullens.

I look forward to Halloween week every year for the chance that it might be on tv as I flip through the channels. I haven’t had much luck yet this year, but I searched for it today & it’s just my luck that it was on tv TONIGHT! Actually, I’m watching it right now as I blog & do homework. I set it to record so I could watch it later sans commercial. And then maybe again tomorrow. And the next day…

Did I mention The Two Coreys are in it? Every 80s girl’s dream duo! Except Kiefer Sutherland & Jason Patric were way more my type in this movie.

Major nerd alert here. I love this movie so much that I drove to Santa Cruz just to see the boardwalk (where it was filmed) while in California for work a couple of years ago.

I was about an hour away & had some lag time between apointments. I couldn’t pass up the opportunity. See, NERD. I told you!

Okay, I’ll stop talking about it now as long as you promise to watch it sometime. Promise?!?

I almost forgot about our Halloween costumes. While I ended up not having enough time to really make my costume “work” the way I wanted it to, I still had fun dressing up. My intention was to be an owl, but I think I ended up looking more like a Pocahontas bird(?). Either way, I want to wear that head band every day. My husband was Ted. But less sweary & less druggy. 😉

Did you have trick-or-treaters? We usually don’t have too many. Hence the large amounts of candy leftover.

Did you vote early or do you plan on voting? Please say yes! At least on the latter. I don’t care when you do it, just DO IT!

Did you dress up? If so, what were you?

Most importantly, have you ever seen The Lost Boys?? Obviously I have a few times. I also set my DVR to record The Craft in a couple of days. That’s another one of my “scary” faves.