My handy, carpenter husband ordered some new tool pouches about two months ago. They were on backorder. Then Hurricane Sandy reared her ugly head, which led to an even further delay on the pouches. UPS has attempted to drop them off twice now, but we’ve not been home. For some reason, they need a pesky signature on these precious pouches. We were notified that today would be their Final Attempt. Hubby has forbidden me from leaving the house until they arrive. I am a-okay with that.

I have a DVR queue full of shows begging to be watched. (P.S. I don’t even know what Gold Rush is. Must be a husband show.) 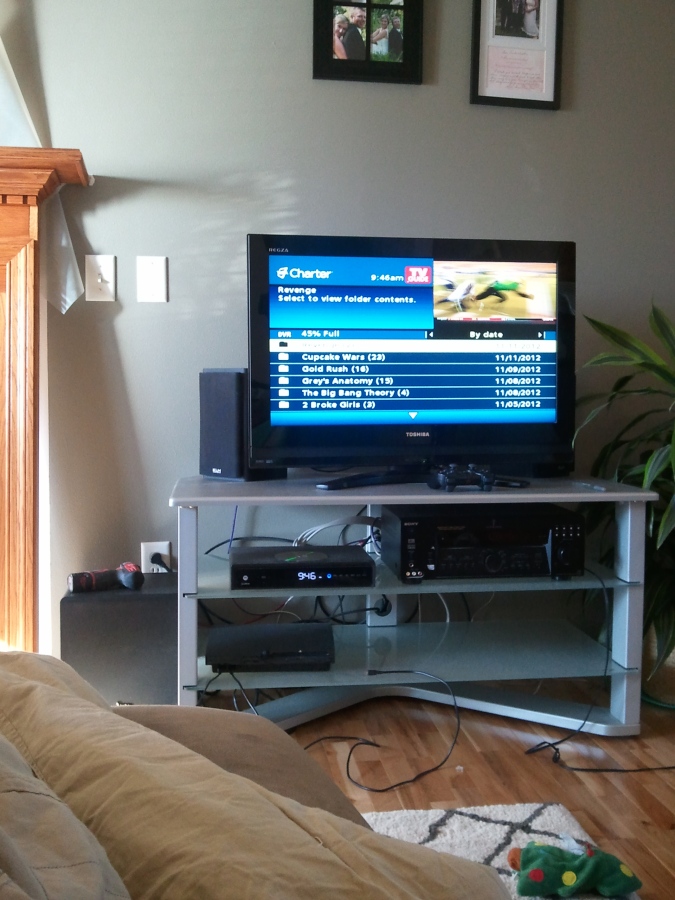 I have a yummy dinner cooking away in the Crock-Pot.

I have a ton of homework assignments due this week.

I have loads of laundry that need to be folded.

I have a dog that’s perfectly content waiting so long as nobody steals his sunshine. Don’t tell me you’re not singing that song by Len now. 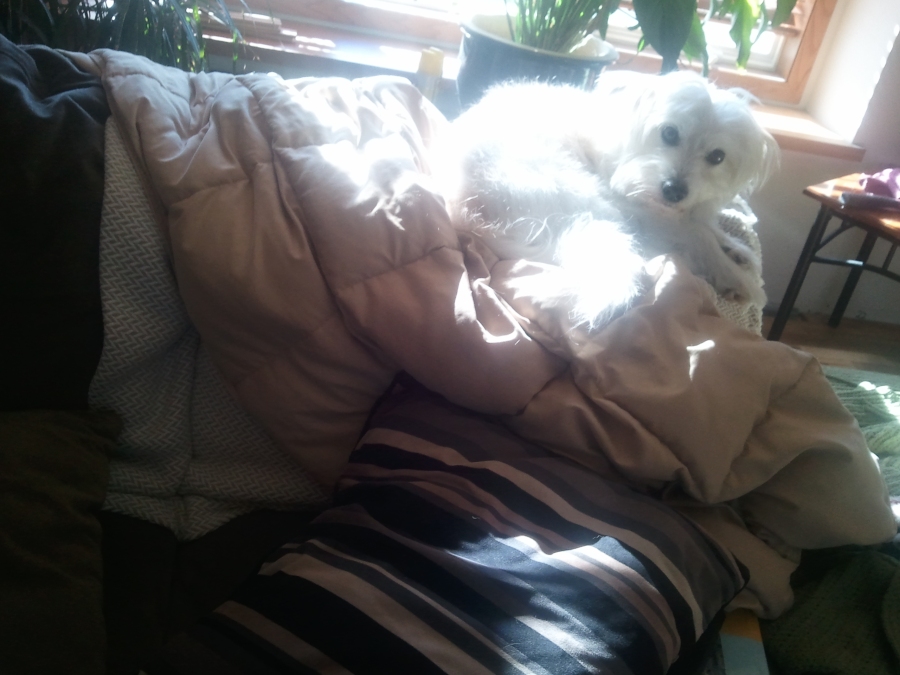 I have a bunch of work I can do from home, even though it’s technically my day off.

But I’d better hurry up because I also have a list of things to do once these long-awaited pouches arrive.

What’s on your agenda for the day? Even though I usually like to reserve slow-cooker meals for days when I’m at work, I’m pretty excited about the minimal effort I’m putting into dinner. It’s called a day off for a reason, right?!

Is there a special name for the birthday when your age finally catches up with your weight? 😉 This 12 pound fluff ball is 12 years old today! He only has 4 teeth in his mouth and wears diapers for a leaky bladder but he’s just a young pup at heart. #FURstchild
Here’s to another year of growth; growing our hearts, our minds, our relationships, our skills, our confidences. 🥂 HAPPY NEW YEAR 🎊 Side note: Theo’s hope for catching up to Nolan on the height chart is pretty much full grown. 😂
This pretty much sums up our winter break. Nothing super exciting (though the boys did have a very fun overnight trip), just lots of quality time together, exactly how I wanted to close out my year. So grateful for this time off with my favorite little humans.
Merry Christmas, Happy Holidays ...yes, I expect that you read this caption a la @nsync