1: a small rotating windstorm of limited extent
2: a: a confused rush : whirl a whirlwind of meetings

The second one. That seems about right. You could say I’ve been a confused rush for the past month or so. How today is the day AFTER Christmas is beyond me.

I hope you all had a very merry day spent with loved ones, making holiday memories. I’m surrounded by wonderful people so I had a fantastic day, but didn’t bother getting the camera out for much of it. Since I’ve been on a blog vacation as of late, I figured I’d throw together a collection of photos from the past few weeks. Not because I think you really care what I’ve been up to, but mostly so I can see it all again, as it all breezed by so quickly I almost didn’t get a chance to soak it all in.

Remember that dress I tried on with jeans?

I actually wore it (sans jeans) to the 10 Year Anniversary Party of my place of employment.

I also somehow, after plenty of arguing, convinced my husband to wear a suit. He LOVED it.

We toured Lake Louie Brewing for the husband’s birthday. 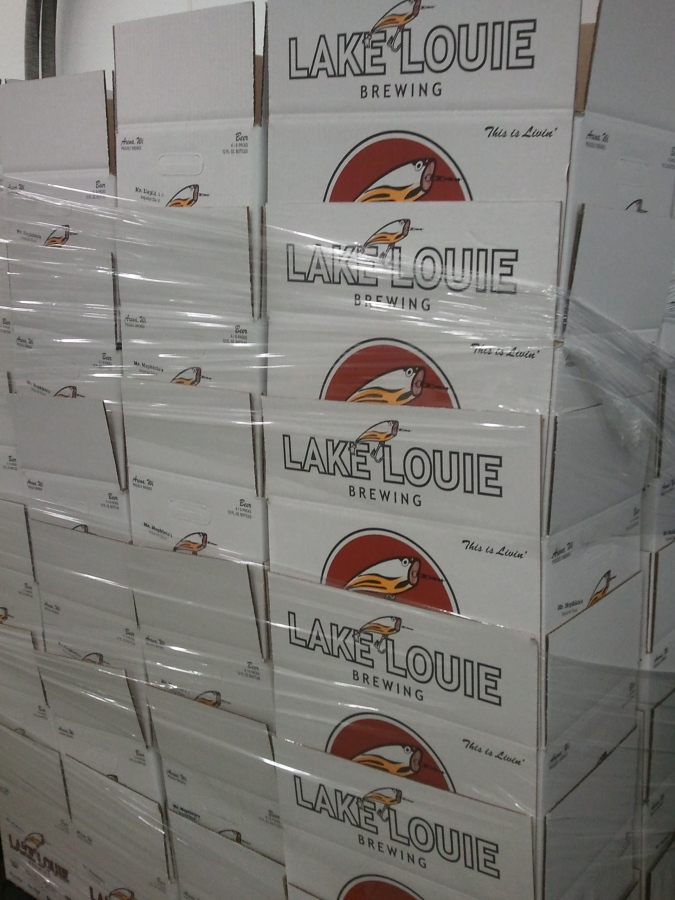 I’ve probably mentioned before how much we love Lake Louie.

I may have also mentioned that Lake Louie is brewed approximately 10 miles from where I grew up, right smack dab in the middle of nowhere.

Since Lake Louie is our fave, and it’s about as local as you can get for us, this brewery tour had us seriously beer geeking out. My parents and friends went along too, and even the non-beer drinkers in the group (weridos!) had an enjoyable time and found the tour quite interesting.

I got 4 hours of sleep the night before, had a bloody Mary for breakfast, then sampled a few of the brews during the tour. I remember taking this photo and I remember that whatever I was pointing to on that sign was completely irrelevant, but I insisted on taking the photo anyway. Color me happy that the writing on the sign didn’t show up…

After the tour, I had my mom give me a beehive (total every day thing, right?) so we could hit up a Mad Men Holiday Soiree later that evening. 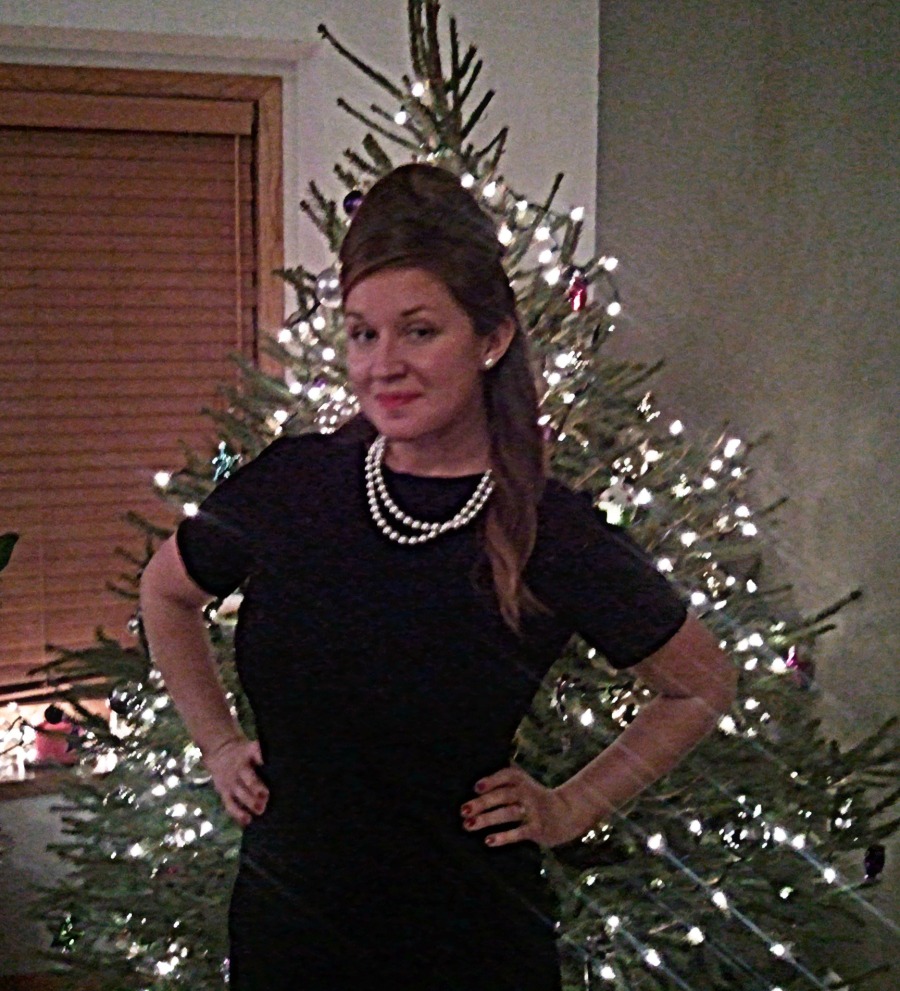 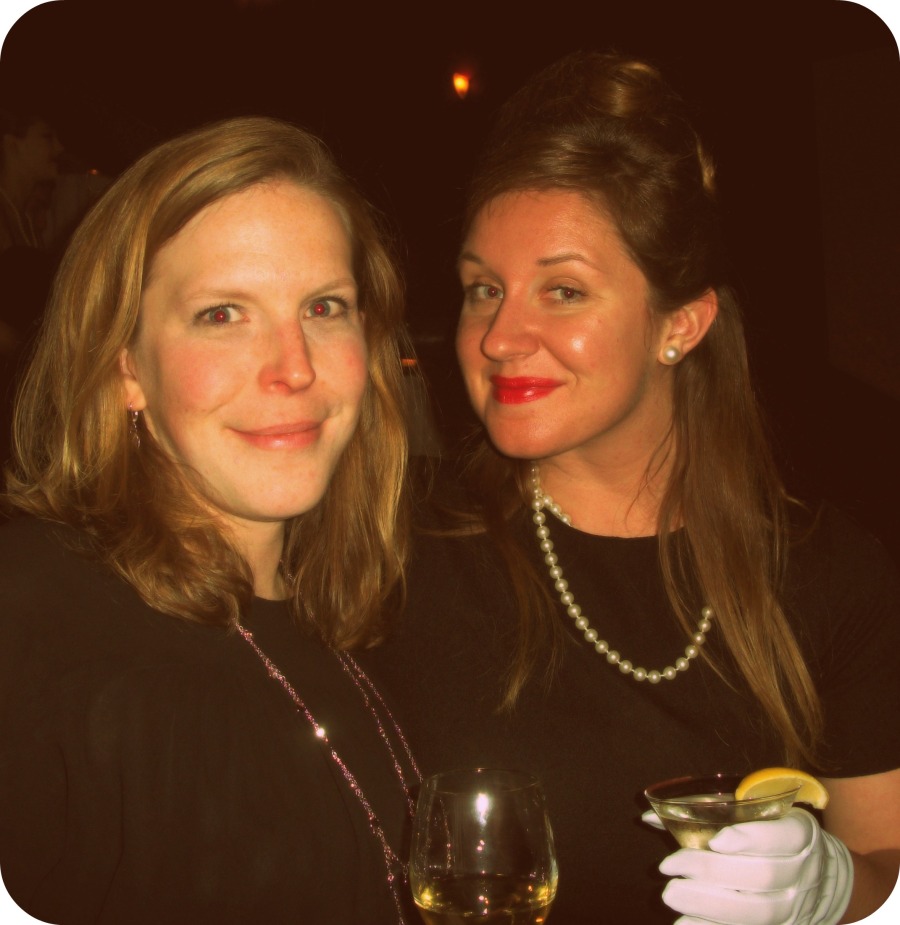 Last week we got one helluva snow storm. A month’s worth of snow dumped on us in about 24 hours, followed by super speedy winds and snow drifting. Straight up blizzard. Pretty much the entire city shut down for the day. Except my work. Nope, I had to travel to work in the mess, then drive home when it was even WORSE. I have 4-wheel drive but the snow was so deep it didn’t even matter.

He dug me out. And then he got stuck. 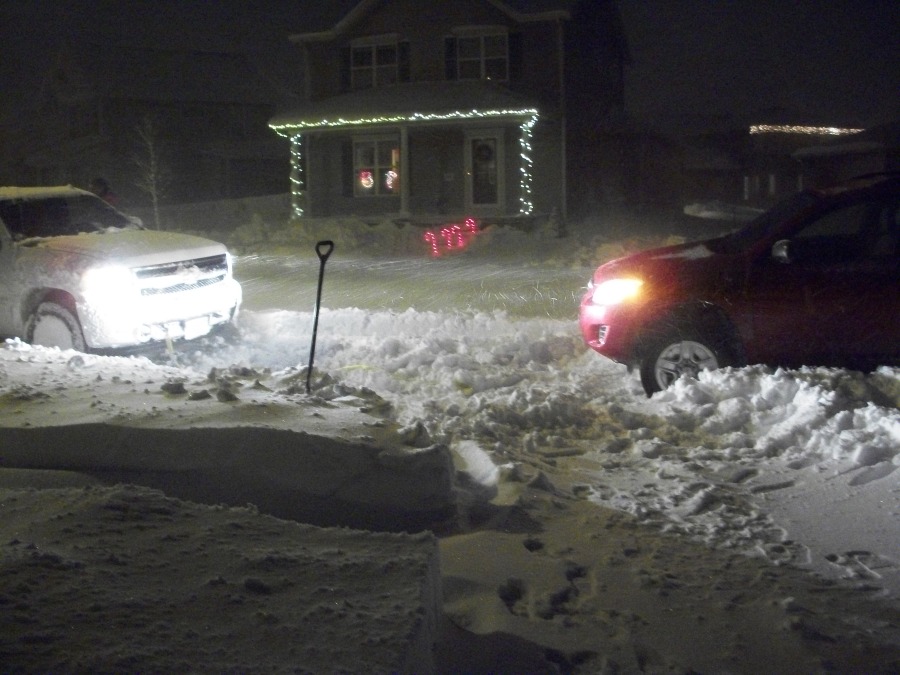 We both got out. He led the way. I got stuck twice more before we finally got home. 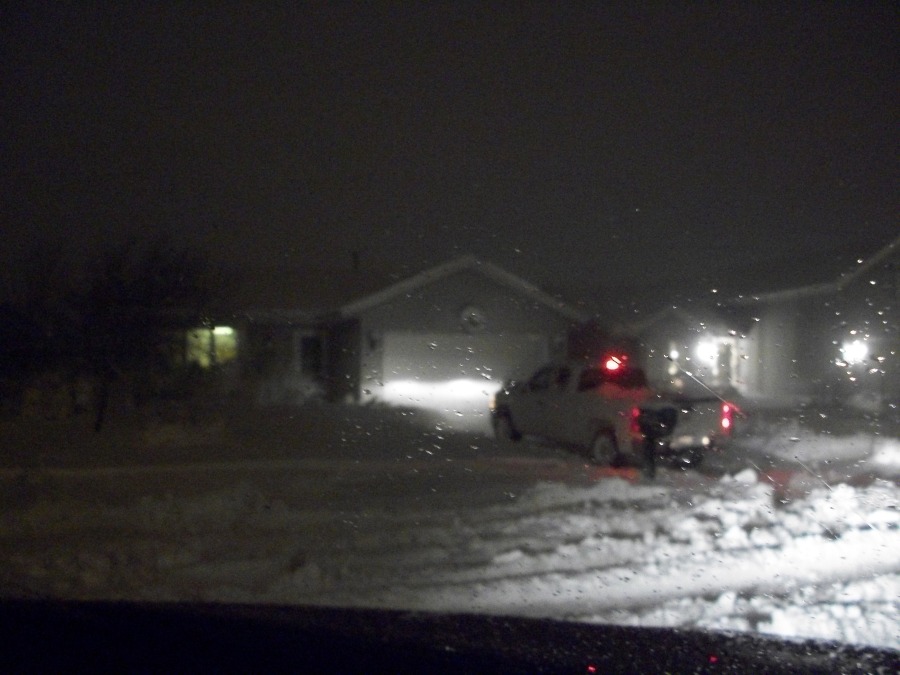 Once I calmed down and warmed up, I headed to the kitchen to make some Christmas cookies. Using this recipe I made some cute Christmas tree shaped red velvet cookies for a holiday party.

The next morning I had to head to work in the still-messy road conditions. Most area schools were called off again and many businesses were closed. I lucked out and got work again. I snapped this photo in attempt to see the beauty in all of it.

Unfortunately the beauty of it was only cool for about a nanosecond. I’m ready for summer.

Last weekend was a flurry of holiday parties & work, followed by working Christmas Eve until heading to my mother-in-law’s for Christmas with her extended family. We were way late to the party & one of the littles even yelled, “About time!” when we walked in the door. Which really just meant that they had been not so patiently waiting for us to arrive so they could open their gifts.

Per tradition, we woke up at my parents’ house Christmas morning. We relaxed, drank coffee, and opened gifts; just the four of us. Okay six, the dogs got gifts, but no coffee. 😉

A total whirlwind of a few weeks with plenty of hard work and not nearly enough family time.

I’m off work today and it’s pretty much the first day off I’ve had all month without a single thing I have to do. You might just have to pay me to get out of my pajamas.
Merry day after Christmas!

4 thoughts on “A Whirlwind”

Snow fun! ❄️
When I ask them to sit still for a nice picture... #thatsachickentender
Is there a special name for the birthday when your age finally catches up with your weight? 😉 This 12 pound fluff ball is 12 years old today! He only has 4 teeth in his mouth and wears diapers for a leaky bladder but he’s just a young pup at heart. #FURstchild
Here’s to another year of growth; growing our hearts, our minds, our relationships, our skills, our confidences. 🥂 HAPPY NEW YEAR 🎊 Side note: Theo’s hope for catching up to Nolan on the height chart is pretty much full grown. 😂