Playa del Carmen is a foodie’s paradise. If you wanted, you could go days without eating a bite of traditional Mexican food in my favorite little Mexican town.

For this week’s What I Ate Wednesday, I thought it would be fun to take a look at my vacation eats and drinks. But really I just wanted an excuse to look through all of my vacation photos again and you just have to deal with it.

Recycled photo, but our very first meal of the trip was arrachera nacional from HC Monterrey. It just never gets old.

This happened just about everyday. 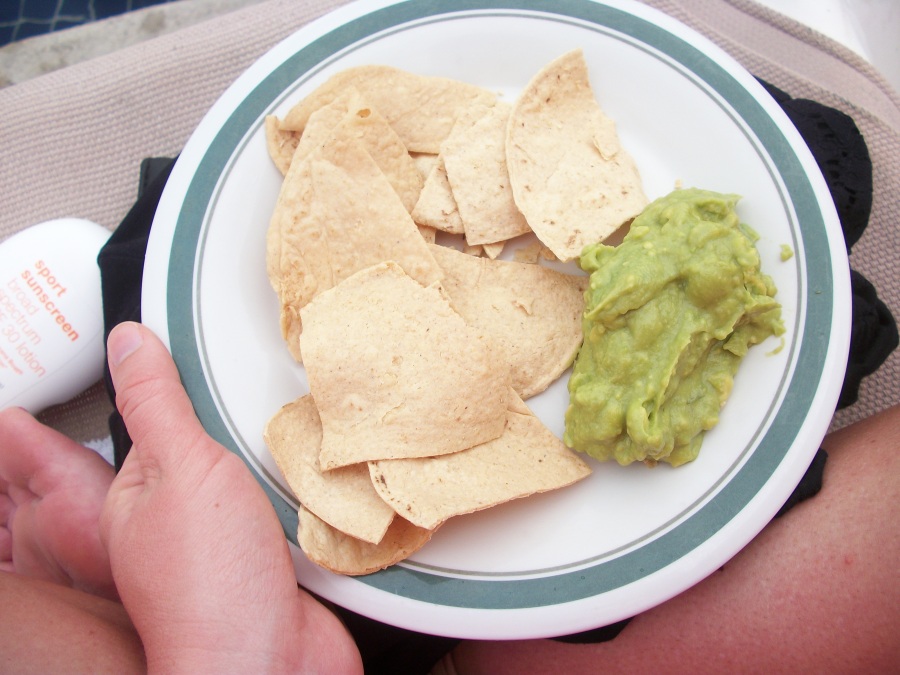 My parents happened to be staying about 30 minutes away from us for part of our trip so we spent a day at their resort and took part in the Chef’s Dinner, which was a 5-course meal, plus wine for each course.

The chef (and his English-speaking interpreter) explained all of the ingredients and the process of making each dish.
The only thing I didn’t enjoy was the soup. It was basically butter and parmesan cheese. Super rich and just too much for me.

The main course was fab-u-lous! Flank steak topped with mashed potatoes and shrimp. My photos really do this no justice but it was SO good.

Overall, it was a really great meal. I’ll admit, the whole process got a little long at points. While it was entertaining and fun to watch each dish being prepared, the lag time in between courses was a bit long. There was live acoustic music in between each course, but it made some people who perhaps had a bit too much to drink during the day, a little tired. I’m not naming names though… *cough*mom*cough*dad* 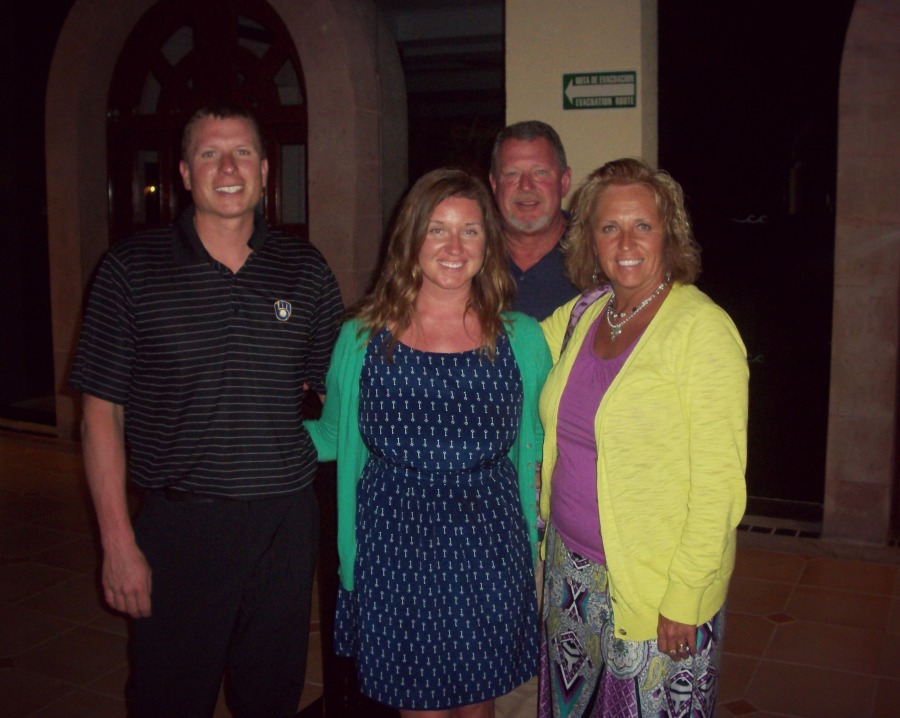 Thai peanut noodles are always a must at Babe’s Noodle Bar. 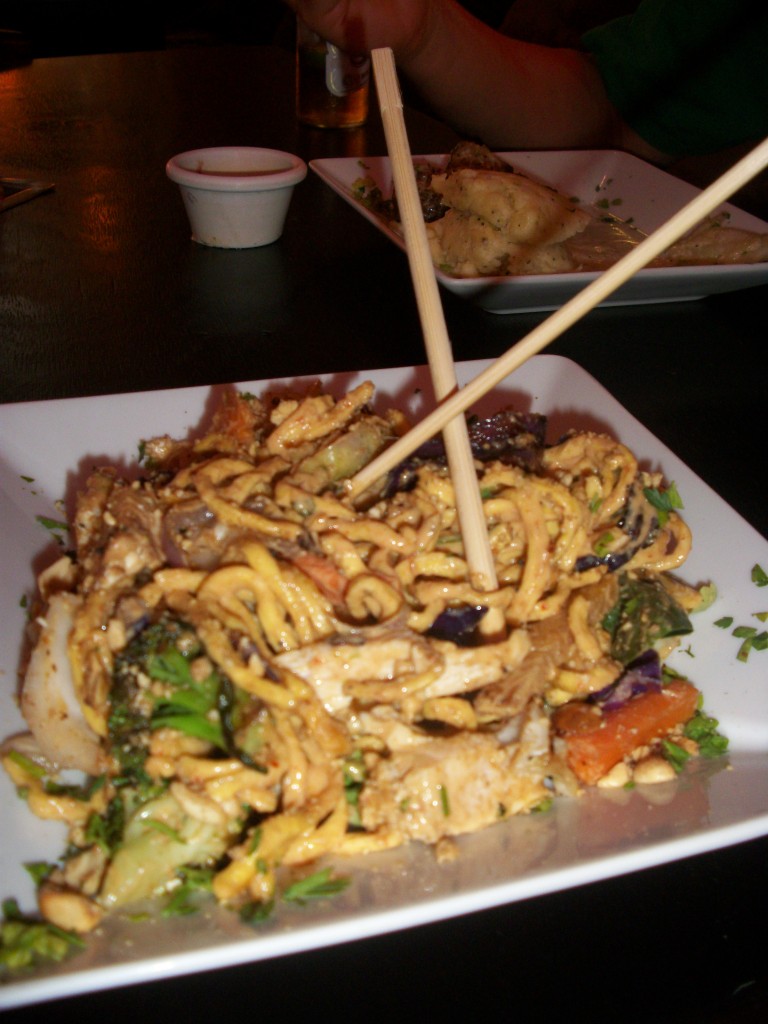 And so is one of these big-as-my-head mango margaritas.

We went to La Tarraya for seafood one night. The special was a seafood platter for two. Garlic shrimp, fried calamari, fresh gouper, and some other fish I can’t recall at the moment + rice and beans. The only thing we weren’t crazy about was the calamari.

And it ended up really being more of a platter for three. Perhaps even more.

We always make a trip or 5 to The Roof Bar while in town. Last year, the owner, James, (who just so happens to be from Wisconsin) requested some coasters from my place of employment. One year later, I delivered.

The beer is always cold at The Roof, but my favorite drink there is the caipiroska.

This is a dark photo (with my DOO), but you can see the gem of a drink in my hand. One of these and you’re good to go. If you’re not familiar, a caipiroska is pretty much straight booze.

We had heavenly arrachera nachos at Don Sirloin for lunch one day. 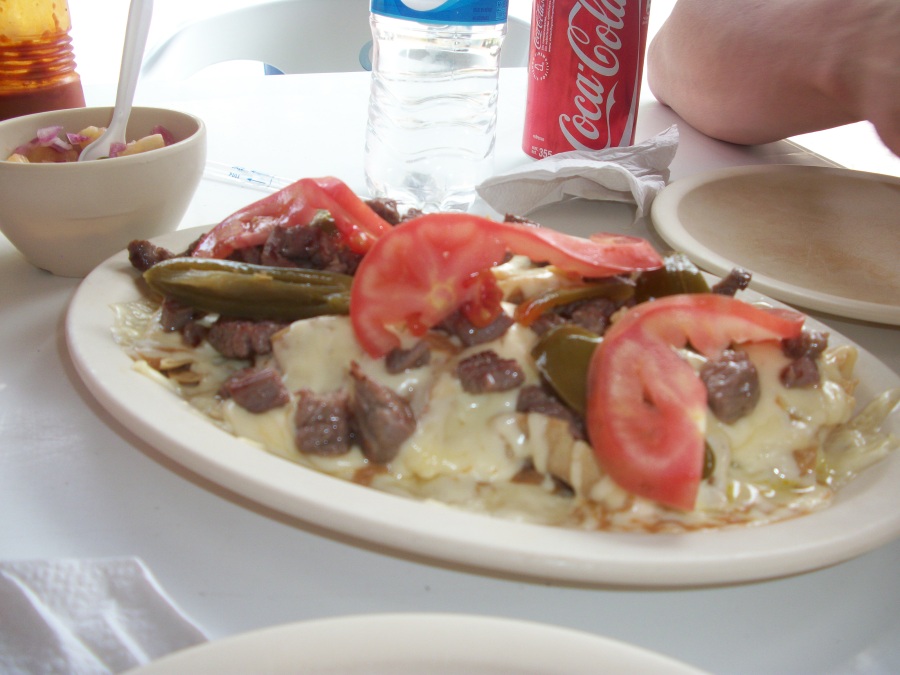 I tried the tacos al pastor, which were just okay, and J said the same about the sirloin tacos. 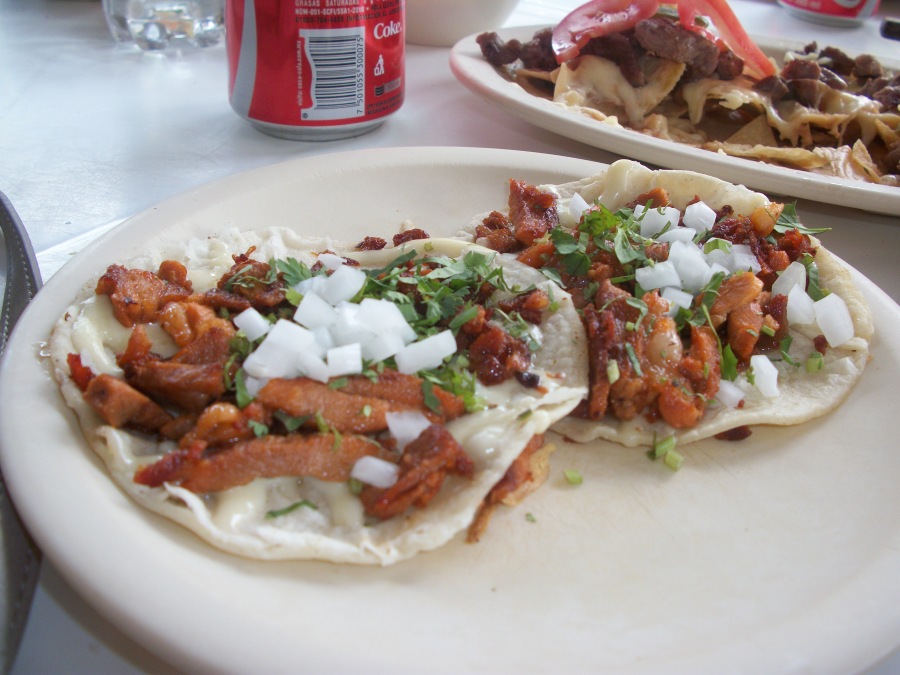 We had a so-so bowl of cream of mushroom soup at Luna Rossa. Rather than a traditional cream soup base with mushrooms in it, the mushrooms were actually grated and mixed in the soup, making it more gritty than creamy. 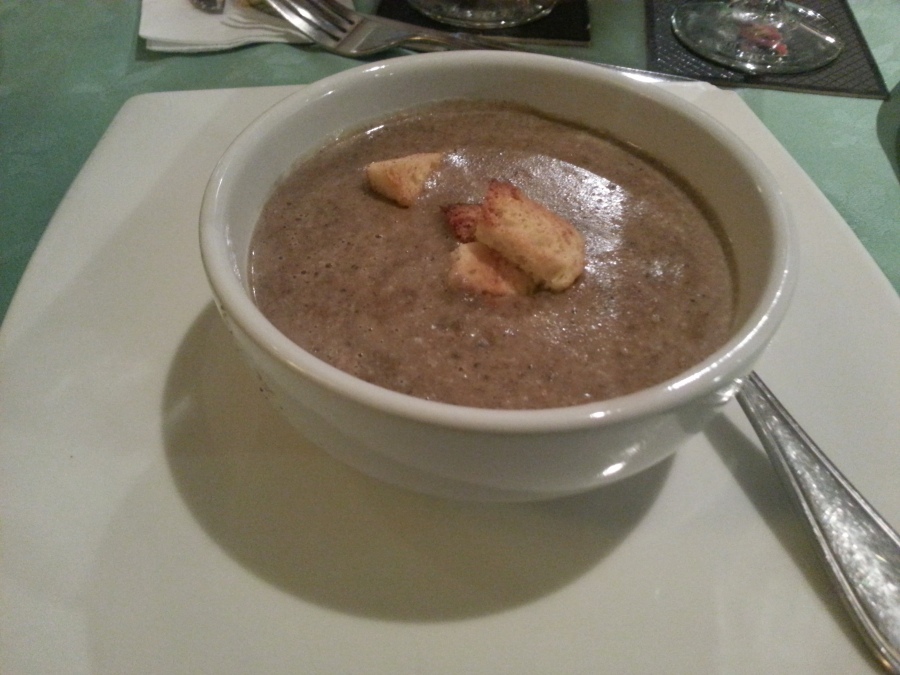 The caprese salad was great, despite missing actual fresh basil (grrr!), and the margherita pizza was just okay.

The service, however, was excellent. And the restaurant was adorable. Despite our less-than-stellar meal, I was so impressed by the staff at this restaurant that I went back a few nights later and ordered spaghetti to-go for my ailing husband. It was divine. We will definitely go back and try this place again.

A major highlight of the trip was breakfast with a dear friend I hadn’t seen in years. The company was spectacular. And so were the crepes. One mushroom, one nopal, and one chicken. La Cueva del Chango is a great place to meet up with a great friend.

I always have to stop by Pizza Pazza for a slice. The pizza isn’t particularly great, but it’s cheap, convenient, and because it was introduced to me by the great friend I mentioned just above, it holds special sentimental value. Pizza with sentimental value, ha! 🙂

One last Mexican treat from the airport before boarding the plane to head home.

This is a very small sampling of all of the good stuff I consumed while away. Can I do it again now, please?!