So here’s the deal. You’re either a dog person, or you’re not. 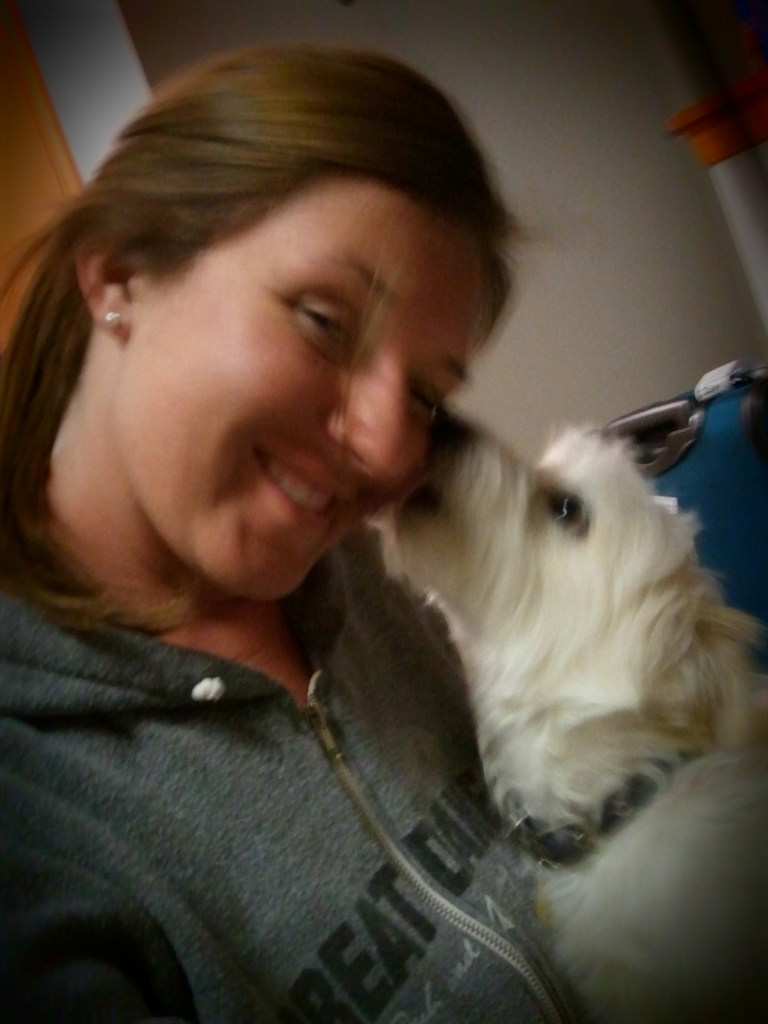 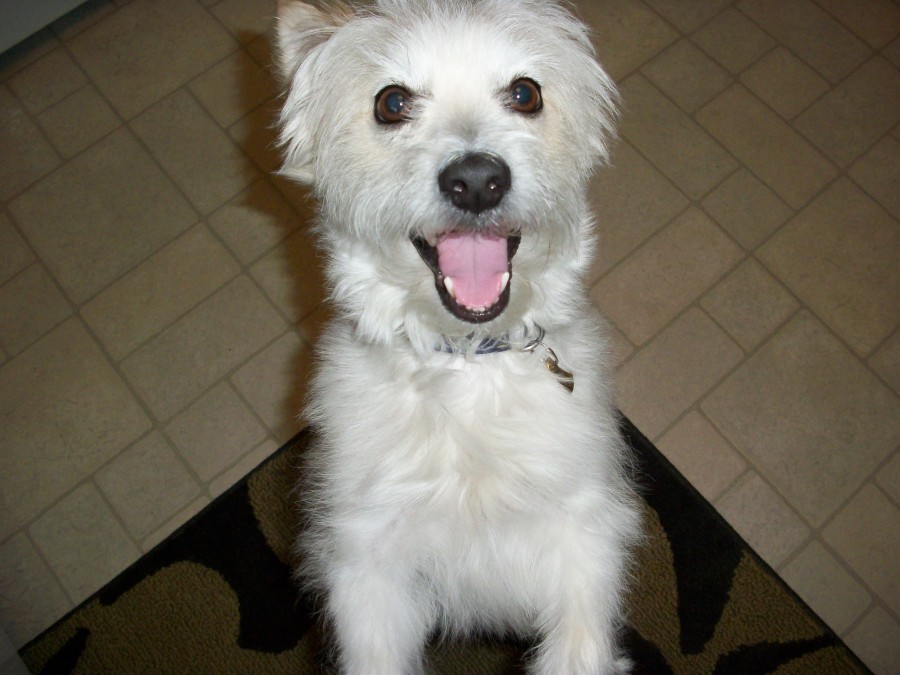 Last week during our brief stint of temps above 40, Fielder and I went for a little walk. During that little walk, we encountered numerous people. When people see Fielder, they smile. He’s always skipping along, ears flopping, giant smile on his face. It’s impossible not to smile at the sight. 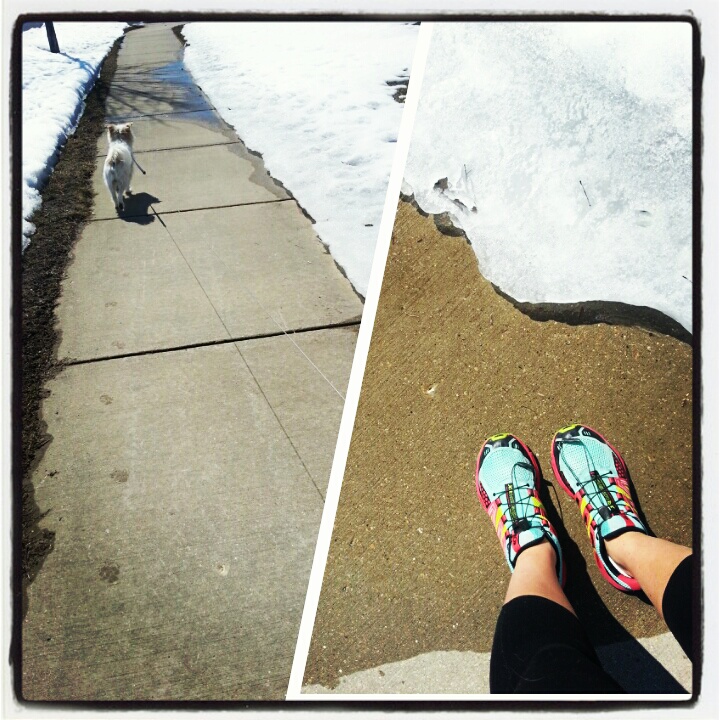 But one lady we encountered that day was surprisingly unaffected by his charm. In fact, she appeared quite disgusted by him, turning her child’s tricycle away from us, standing in front of the tricycle as if to shield that poor child from a twelve pound ball of bouncing fluff. Now I know that some dogs bite. And I know that a dog bite can be a very traumatizing experience for a child. But I also know that instilling fear in a child isn’t a good thing either. 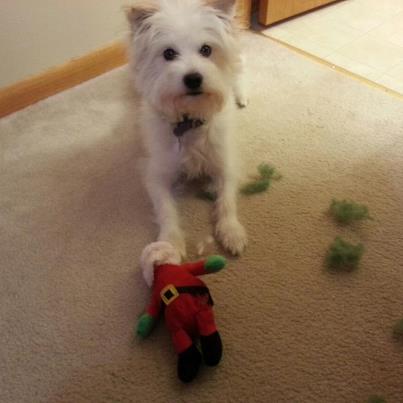 *Sure, my Fielder has been known to murder a Santa or two, but he’s never laid a finger on a kid.*

I saw the woman’s reaction and immediately shortened up Fielder’s leash to keep him near me. As we approached the driveway where crazy protective mom lady was shielding her child from my happy-go-lucky little guy, she consoled that kid as if it has just witnessed it’s blankie being eaten by a shark. Like, full on, rubbing the kid’s back, whispering in it’s ear, I’m sure something along the lines of “the big, mean dog is almost gone“.

I said to crazy protective mom lady, “She can pet him if she’d like. He’s great with kids.” I had Fielder’s leash as short as possible at this time and he was tugging at the leash, giant smile on his face, begging to lick that kid’s face off or sniff it’s shoes until he forgot how to sniff.

Crazy protective mom lady looked at me like I had four heads and said, “We just want her first experience to be a good one,” with a disgusted look on her face.

I shrugged and walked away. She made it very clear that she believed an experience with my dog would not be a good one.

Okay cool. So your kid has never encountered a dog and you think my twelve pound smiling, skipping fluff ball will be a horrible first experience for her? Cool, then I’ll just assume your child is going to grow up to be an axe murderer too. 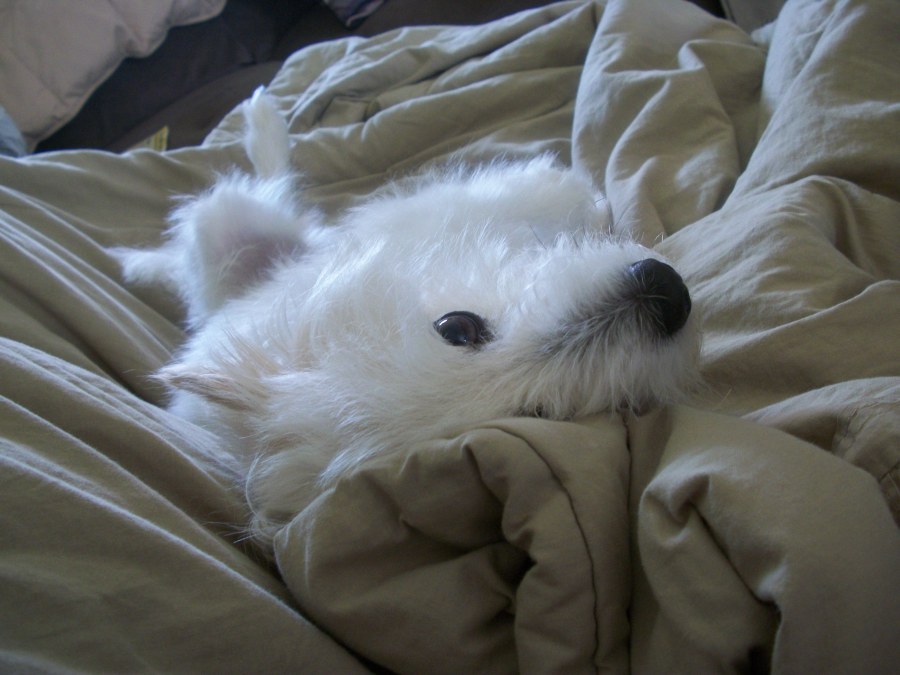 I’m surprised she even allowed that kid to leave the bubble it apparently lives in, so as to keep her away from vicious monsters like this one. 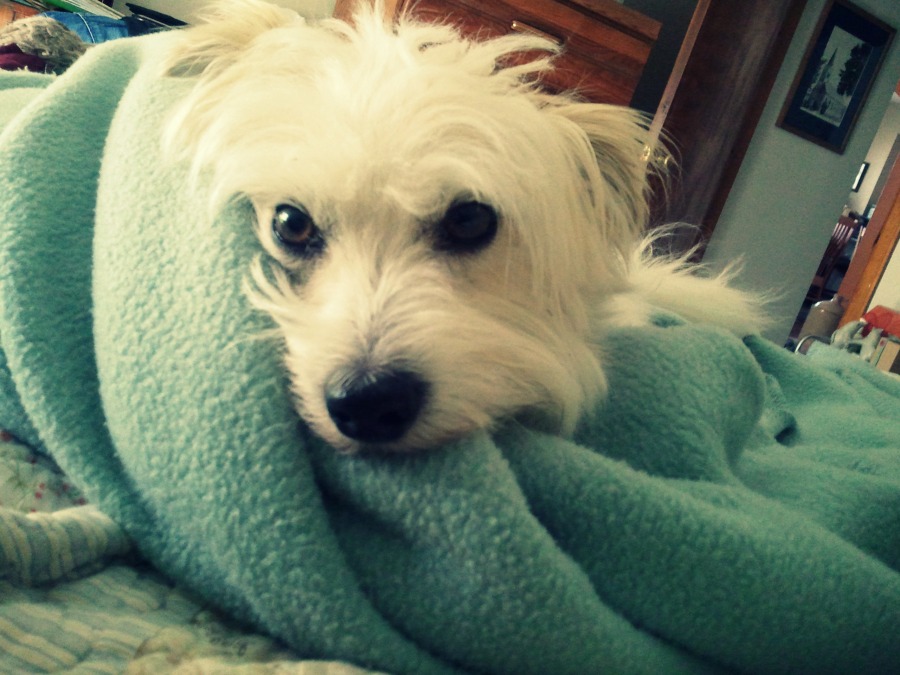 That’s all. Rant over.

Teri asked a great question the other day and I’ve been loving the responses. Does your dog lick you? Do you let other dogs lick you? My dog is a licker. Straight up licks everything. It probably bothered me at first, but now it doesn’t even phase me. As far as other people’s dogs? Yeah, they can lick me too. In fact, I’ll probably start making out with them first. Just ask my husband. He jealously pulled me away from at least a half a dozen dogs while we were on vacation. Yeah, I’m that girl.

I shoud also mention that despite my desperate attempts over the past 7 years, there is one dog who has never given me a single slobbery dog kiss. It’s this guy. 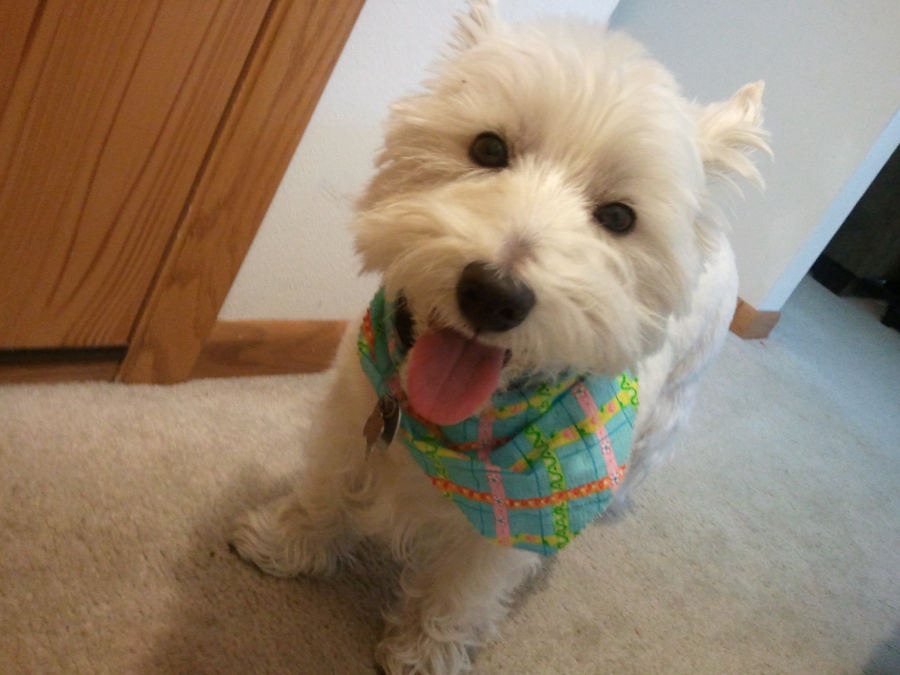 He’ll sniff the crap outta my eyes, but never gives out even the tiniest lick. I’ve decided to blame it on the fact that he’s my dog brother and therefore assumes I have cooties, as most little brothers assume of their older sisters. And you know what? With all the dog making out I do, he may just be right.

I wouldn’t have it any other way. 🙂

What about you? Dog person? Cat person? Truthfully, I’m just an animal person in general. But there is just something about the unconditional love from a dog that I’m quite certain you cannot get from any other animal. Okay, a human animal of course, but we’re not talking about actual people here. But don’t tell Fielder, he’s convinced he’s human.

**I wrote this post last week, but never got around to posting. Tonight, my Fielder and I went for another nice walk. A man and his two kids couldn’t wait to get their hands on my bouncing ball of fluff. Fielder behaved oh so appropriately, letting those kids totally mess up his hair, touch his tiny paws, poke at his furry face. #proudmom