Yesterday I headed back to my hometown for a bridal shower and bachelorette party to celebrate the upcoming marriage of a good friend from high school.

I knew it would be a fun day but I’m still beaming over how wonderful it was to catch up with a few friends I hadn’t seen in the longest time.

I’ve known most of these girls for close to 20 years, some even longer!

Throughout middle school and high school, we shared so many great times together. 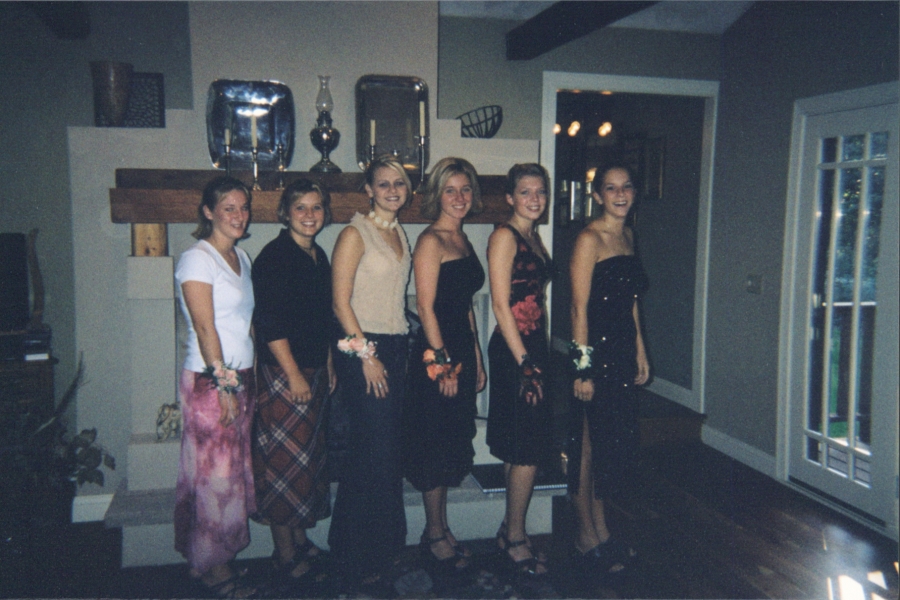 Of course groups of friends always change slightly through the years, but we always remained friends, even if we weren’t all constantly hanging out together. 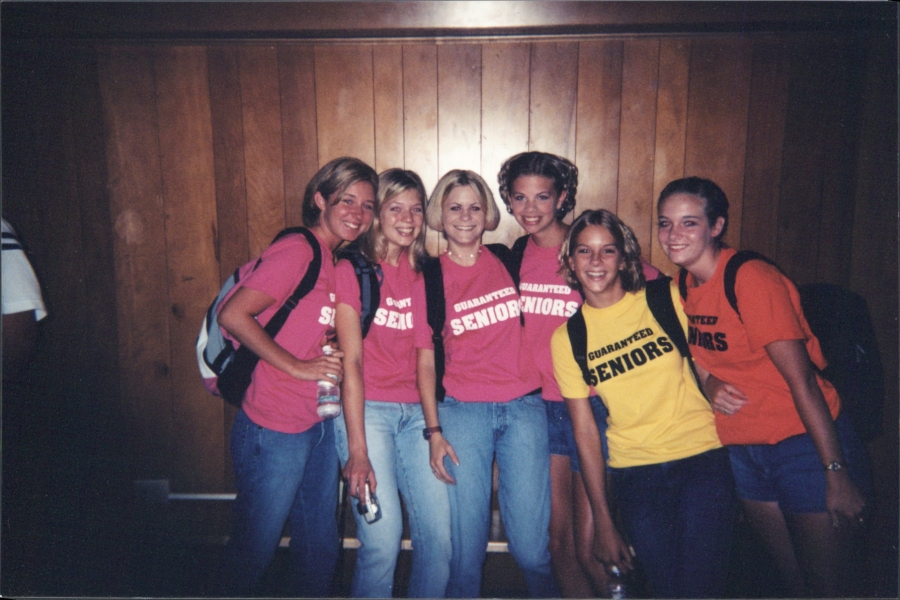 A few of the girls live out of state now and couldn’t make it back for the festivities, but those of us that got together yesterday did a ton of reminiscing.

Even those of us that still live here in Wisconsin don’t see each other nearly enough, but the great thing about friends from way back is that you can always just pick back up right where you left off.

I spent a good portion of my night talking to both of these lovely ladies. 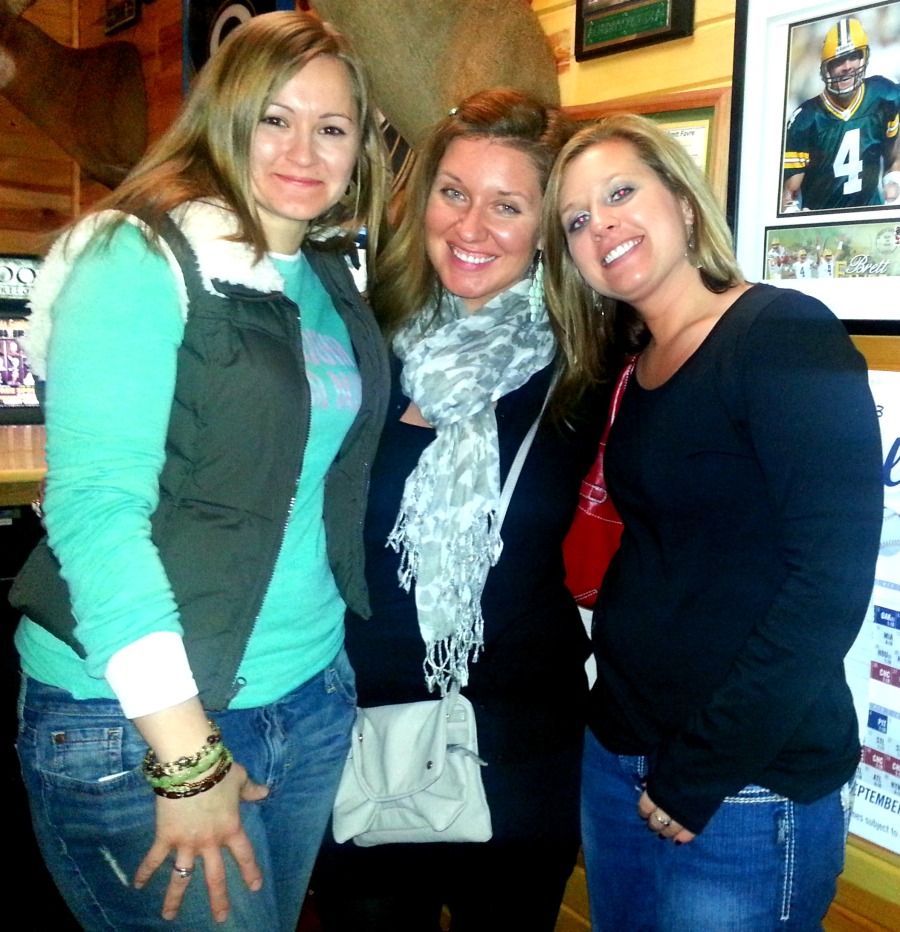 I see and talk to Melissa (on the right) fairly often, but I hadn’t seen Amber in YEARS. Literally. She is a super hard-working mother of two boys and she and her husband will soon be celebrating their ten (TEN!) year wedding anniversary. I had such a fantastic time catching up with her and it was so good to learn that she still exudes the same beauty, both inside and out, that she always did.

We spent the night hopping from one dive bar to the next. These bars were out in the middle. of. nowhere. Our mode of transportation was a school bus and it had to stop numerous times for deer crossing. I had no idea where we were most of the time and had never heard of most of the bars we visited. Turns out, at said bars in the middle of nowhere, the following facts prove true:
1. it’s commonplace for dogs and babies to crawl around on the floors
2. staff and patrons alike smoke indoors despite a statewide smoking ban
3. you can buy a beer for $2
4. you encounter some seriously interesting bathroom “art” 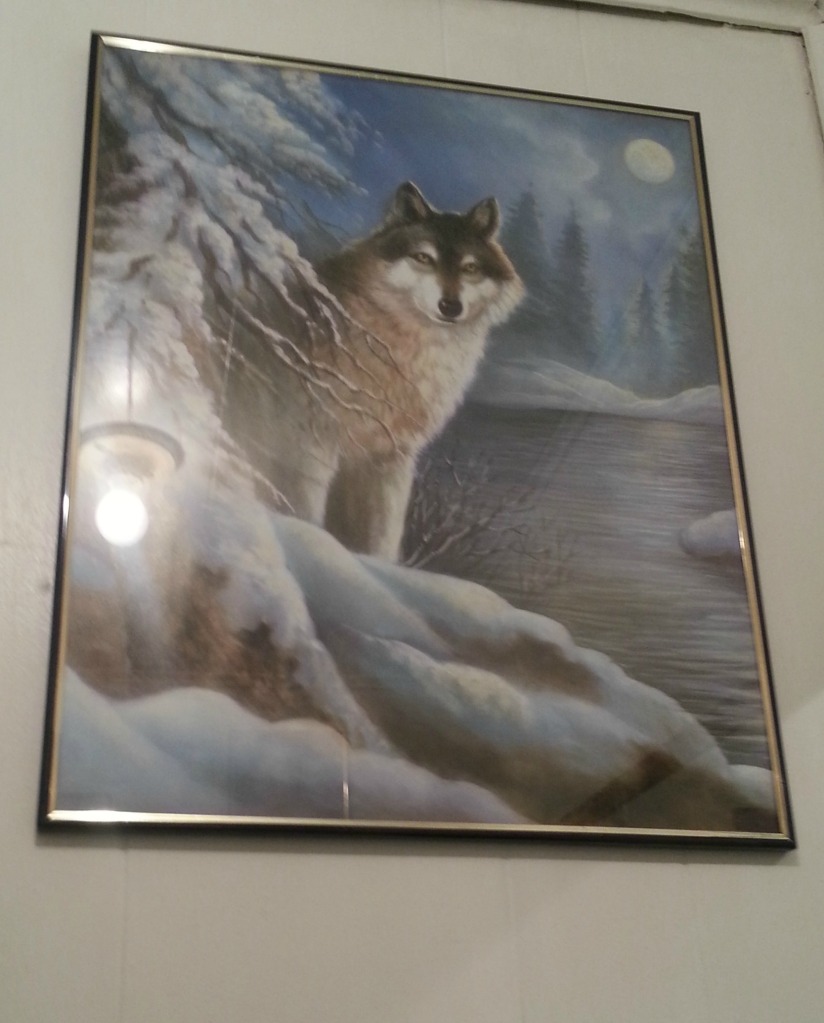 I’m quite certain we were younger than all of the patrons of one bar by at least a few decades. We entered that sweet little bar in full force, plugged the jukebox with all of our old favorite gangsta rap, and danced our faces off on the 5’x5′ “dance floor” which is conveniently located in the path of darts flying to the dart board. These people were pretty serious about their darts and there were a few close calls. 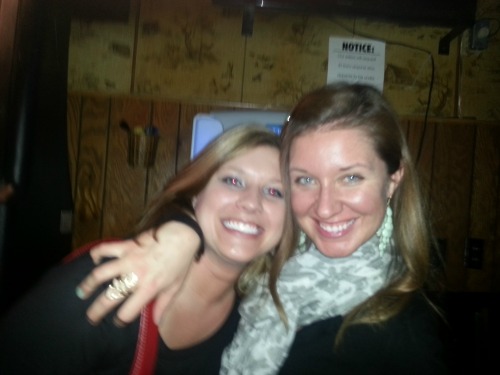 Our second to last stop had a non-mechanical saddle on a rocking horse with it’s head and tail cut off. This was obviously necessary. 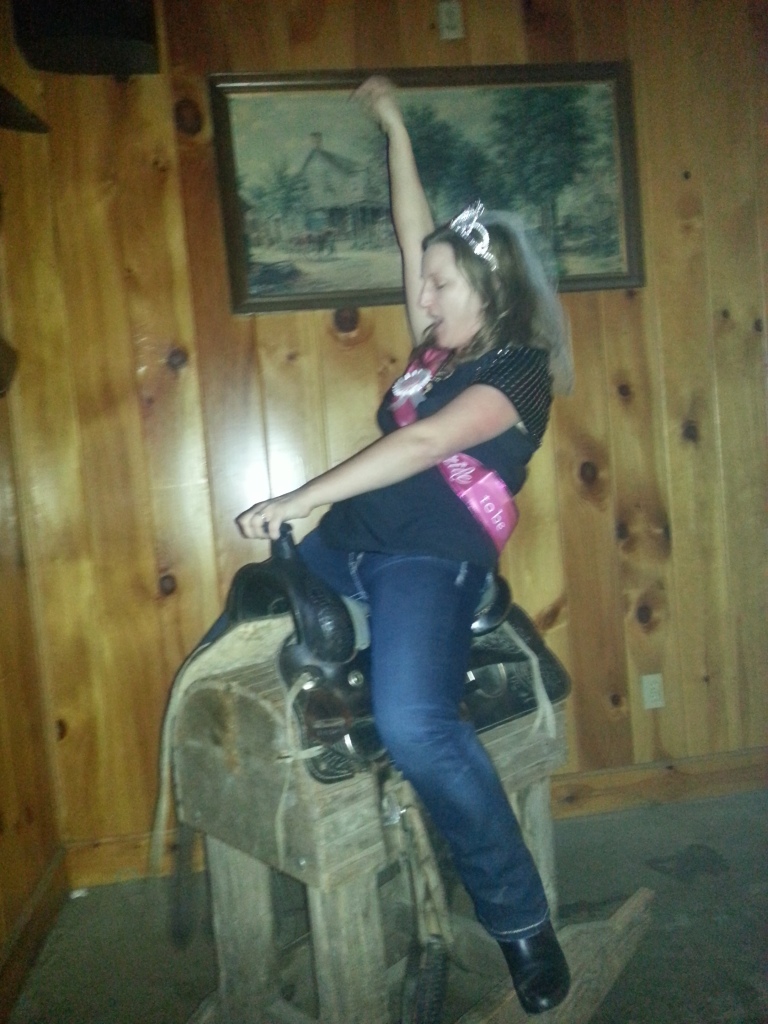 All in all, a freakin’ great night with some pretty rad girls. Can’t wait to do it all over again at the wedding in a few weeks!

As you can imagine, I was a little tired today. Not hungover though, so that was a win. It was a reeeeally lazy day ’round these parts. At one point, I stayed on the couch for three hours straight. Mhmmm. While I didn’t manage to find time to shower today (TMI?), I used some of my couch time wisely and did some meal planning for the week. I then made myself look fairly presentable and headed to the grocery store for the goods. And despite making fairly healthy choices for the week ahead, I have Erin to thank for my not-so-healthy dinner this evening. She posted a photo of nachos on Instagram earlier today and I just couldn’t get it out of my head.

I refrained from the frozen pizza and chips that were consumed by my fellow party girls last night so we’ll just consider this my delayed night out junk food. I tried to health them up as much as possible with Eat Smart Tortilla Chips and Chobani instead of sour cream.

While I’m dreading going back to work tomorrow after the past two days off, I have another fun weekend ahead that involves baking, beer and baseball…yay!!

How was your weekend? Do you ever get together with your high school friends?