Some days being productive is what keeps us sane. After a long work week, the only thing you really want to do is lie on the couch with a stack of magazines or cookbooks and tune out the rest of the world. But sometimes you need to scrub a toilet, fold some clothes, or sweep a floor before you begin that tuning out. Am I right?

Unfortunately for me, my desire to be productive generally doesn’t strike until about midnight. I’ll lie in bed, mind racing about all of the things I need to get done. And every once in a while, I’ll give in to that urge, hop out of bed to tidy up a few things or pay some bills. Then I can check one item off of the list in my brain, dulling the strobing red “to-do” light that previously kept me awake.

On the contrary, there are days when a lack of productivity is equally as satisfying. Today was that day. A day where I declared a sympathy hangover for my husband, who had a little too much fun last night. I was the closing manager for our Halloween shindig at work. The hubs and some friends participated in the festivities and then got stuck with me at work until 5 o’clock this morning. Yes, 5:00 AM. So even though I didn’t drink (save for a couple of Jello shots and a beer slam), I actually did feel a little hungover today. Work hungover.

Sidenote: I was a scarecrow. 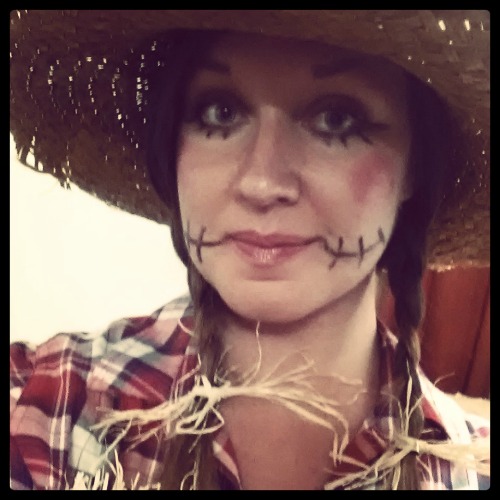 My internal alarm clock woke me up at 8:30 despite my 5:30ish bedtime. I trudged to the kitchen around 11:00 to inhale a couple of frozen waffles. I returned to bed, only to feel restless, then get up to hang with our houseguest for a bit while watching my husband turn positively green the more he woke up. Houseguest left, husband continued to feel awful and I got a sudden burst of energy to sweep and dust the living room. I then returned to bed once again.

Around 3:00 we went to retrieve the hub’s car and I decided a little trip to Trader Joe’s was necessary. As it turned out, every single person in Madison had the same idea so it wasn’t as enjoyable as I had hoped it would be. It’s nearly impossible to not be pleased with a TJ’s haul though.

I made a meal out of those animal crackers and peanut butter pretzels on the ride home. Then I threw together a second meal including the turkey meatballs and marinara.

And then? Back to my spot to read all about Katie Holmes’ “sexy new life”. 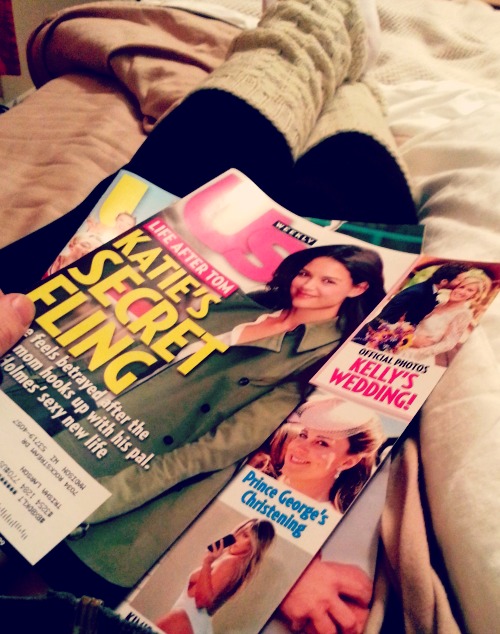 Have I mentioned I recently started watching “Dawson’s Creek” on Netflix? WHYYYYY?!

I hope your Sunday has been pleasantly productive. Or not. Whatever floats your Sunday boat, I suppose!

2 thoughts on “On Productivity”

Is there a special name for the birthday when your age finally catches up with your weight? 😉 This 12 pound fluff ball is 12 years old today! He only has 4 teeth in his mouth and wears diapers for a leaky bladder but he’s just a young pup at heart. #FURstchild
Here’s to another year of growth; growing our hearts, our minds, our relationships, our skills, our confidences. 🥂 HAPPY NEW YEAR 🎊 Side note: Theo’s hope for catching up to Nolan on the height chart is pretty much full grown. 😂
This pretty much sums up our winter break. Nothing super exciting (though the boys did have a very fun overnight trip), just lots of quality time together, exactly how I wanted to close out my year. So grateful for this time off with my favorite little humans.
Merry Christmas, Happy Holidays ...yes, I expect that you read this caption a la @nsync