Remember Erin? She was the brains behind our little Thirsty Thursday collaboration over the summer.

And as it turns out, she’s pretty great at collaborating because she and Amber are in the midst of hosting a fantastic little series called #12daysofblogging. Read all about it right here.

Because they’re nice gals, they’ve also invited others to join in on the fun, and from the moment I saw the list of topics they’d cover, I knew I’d be chiming in on the holiday cocktail. 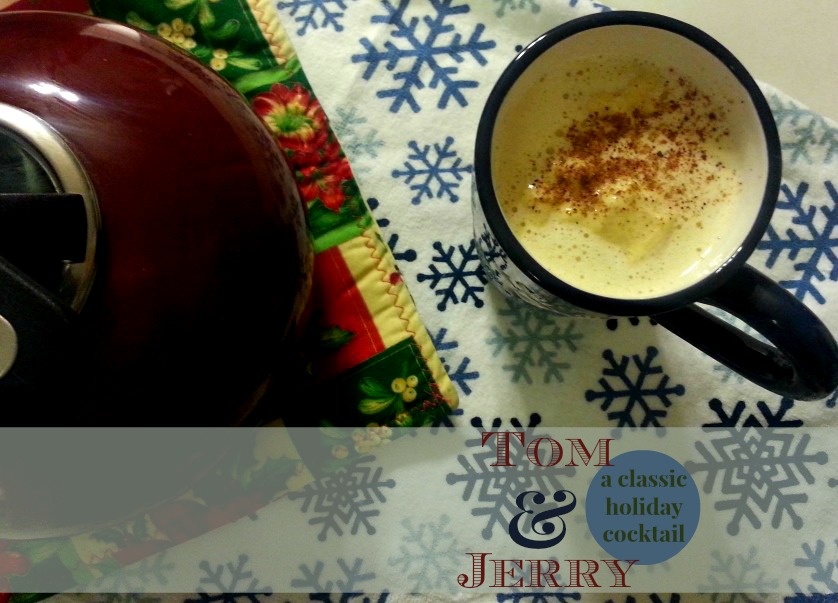 From what I understand, the Tom & Jerry was created by a British man, however it’s found primarily right here in Wisconsin, and from time to time, in Minne-snow-dah. I’m pretty sure I shuddered at the idea of this particular holiday toddy for years, but I decided to give it a shot in more recent years, and then sadly realized what I’d been missing out on. My mom makes a mean Tom & Jerry batter, one that I’m positive cannot be beat. She’s shared the recipe with a few family members, and this year I decided to give it a try on my own. I did have to make one emergency call to 9-1-1 Mom while doing my mixing, but everything turned out a-okay. And because I trust that you can do this, I’m sharing the recipe with you right here. You have no idea how lucky you are!

I understand you can buy Tom & Jerry mix at the grocery store, but I’m not really sure why would waste your time or money on that. In fact, you probably have all of the ingredients to make your own Tom & Jerry batter in your house right now!

Directions:
1. Beat egg whites and salt in a mixing bowl until stiff peaks form.
2. Beat the egg yolks to soft peaks in a separate bowl.
3. Beat the butter and powdered sugar in yet another large bowl until light and fluffy. Add the egg yolks and vanilla; mix. Stir in the nutmeg, cloves, allspice, and egg whites. Beat until well blended.
4. Refrigerate for at least one hour prior to serving. Batter keeps, refrigerated or frozen, for several weeks.

To make a Tom & Jerry:
-Fill a mug with hot water. Add a shot of rum (regular or spiced), a shot of brandy (Korbel, please!), and top with a heaping spoonful of Tom & Jerry batter. Sprinkle with additional nutmeg.
-Not into booze? This stuff is also great in coffee or hot cocoa. 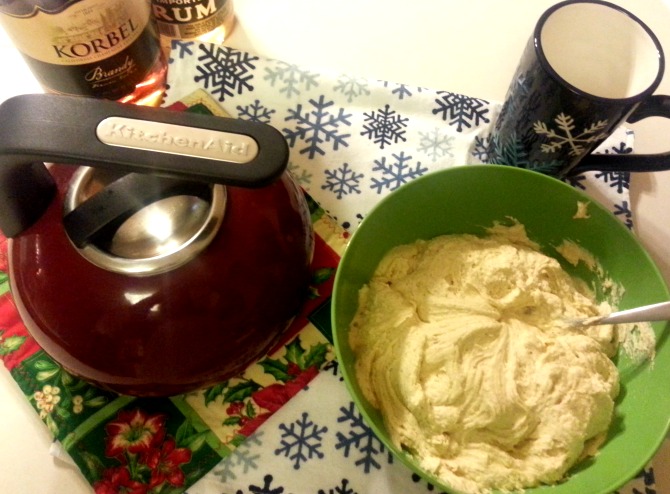 I understand that brandy isn’t something that people actually drink in other parts of the country, but we do it around here quite frequently and I highly suggest you give it a shot. Pun intended. 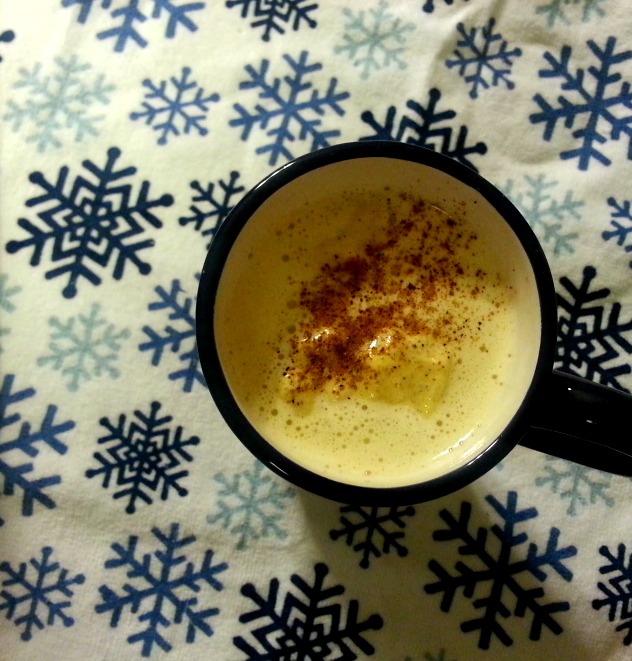 One sip of a Tom & Jerry and you will feel the warmest and fuzziest you’ve felt all day. By the time you’re done sipping, you might feel like you’re having a hot flash, but believe me when I tell you this… it’s worth it.

Please, PLEASE, make a batch of Tom & Jerry batter. Bring it to your next holiday gathering. You won’t regret it. And neither will your friends or family.