Just spending my Monday morning waiting while my car is getting it’s 10,000 mile maintenance. And while the morning was a little chaotic getting here, it’s honestly sort of relaxing just hanging here! It’s not too often I get an hour to myself when I’m not at home, feeling obligated to do something productive.

I’m off to work from here, and excited to start in a new role at my “day job”. I’m honestly so lucky to have two jobs that I love. They are so completely different from one another, which I guess just works for me!

But of course my favorite job EVER is being a mom. And this weekend was another wonderful weekend spent entirely with my babes!

Friday night we took the boys to Chuck E. Cheese for the first time. It was J’s idea, and he doesn’t come up with family outing ideas too often so I had to put my germaphobic ways aside and just go with it. 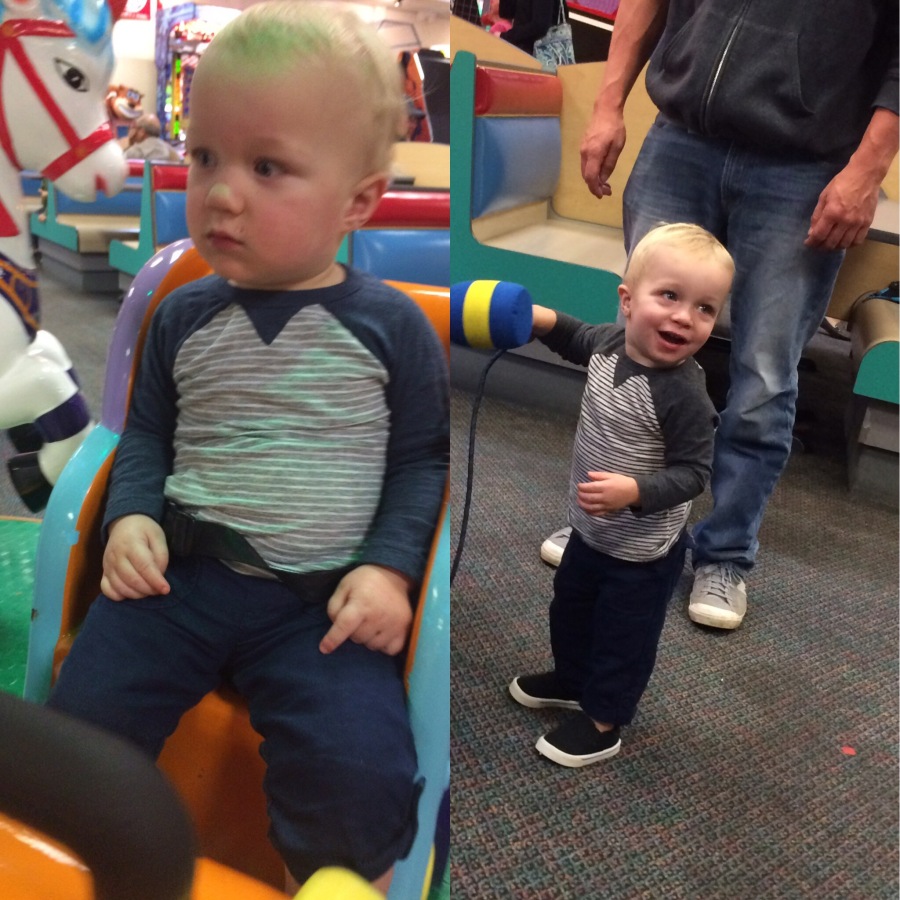 We all had a great time. Big and little kids alike. 😉 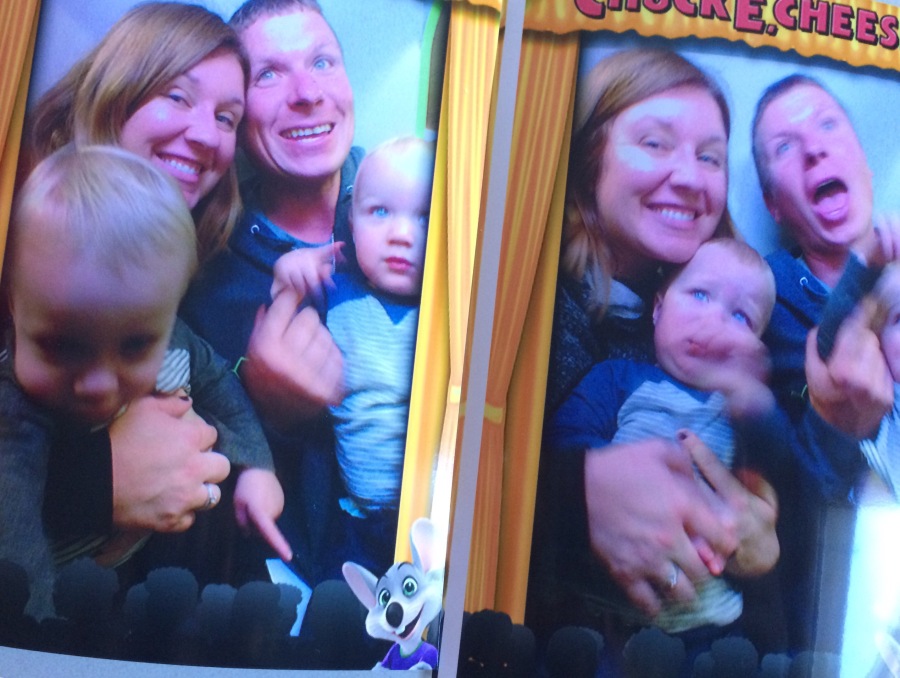 It was nearly 70 degrees. On November 5. In Wisconsin.

And Sunday, another 70 degree day, we went to the zoo!

The boys don’t really “get it” yet. They make some animal noises, but think all animals are dogs because that’s what they have at home. 🙂

Regardless, they seemed to enjoy themselves, running around pointing at things. They took just a short nap on the car ride home and were absolutely WIRED later. They completely destroyed the house, probably worse than they ever have before.

Nolan is sitting in the toy tub because EVERY. SINGLE. TOY. is out of it.

And just before this, Theo was legit throwing a ball at the lowest hanging photo on the wall. Repeatedly.

Boys will be boys. And I wouldn’t trade them, or the chaos they bring, for anything in the whole entire world.

Have a great week!!